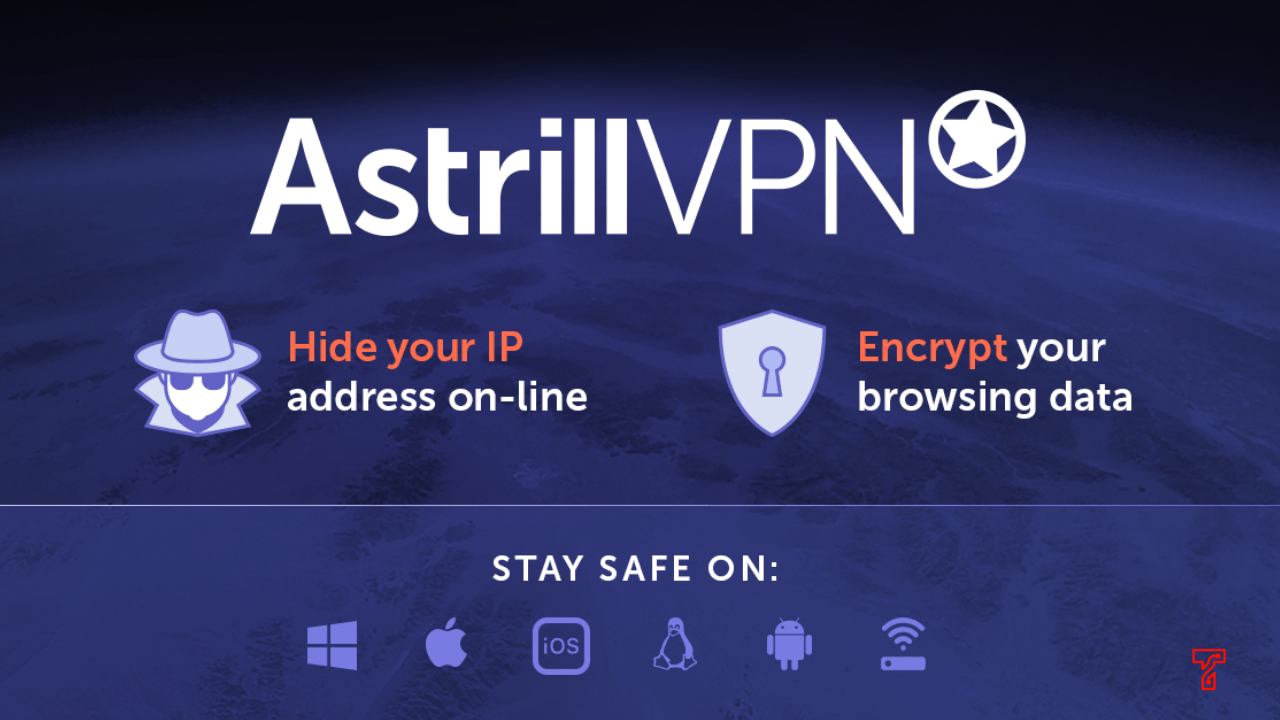 Astrill was launched in 2009 and was created by Astrill Systems Corp and is located in Seychelles. Because there are no data retention laws within its VPN jurisdiction this is important for its users. But this isn&#39;t enough for you as you want to know many other facts like
is this a good VPN to stay anonymous on a public Wi-Fi in order to protect your personal data.
Does it really hide your IP? So, let’s find this out Astrill VPN Review.

Background Information on Astrill VPN
The Astrill website is aesthetically pleasing, showcasing the features of their service so it’s easy
to understand. At first glance, you will notice the area at the top of the site to log in to an
account immediately. You will definitely appreciate this since you won’t have to go looking for
the login page. There’s also a slider on the homepage that changes every few seconds with
several different graphics. Overall, it appears to be a legitimate site. However, if you read the
user reviews on Astrill’s site appear to be biased since the review one has given on the
company had not been posted to their site even after several months. But, Astrill has probably
made some improvements since then.

Astrill VPN pricing plans:
It is actually very expensive with, $8.33/month. Astrill offers a free 7-day trial on their plans. which sounds really appealing right? The other bit of good news is that Astrill offers the same features for each plan. So each package includes access to every server, unlimited bandwidth,
and all other available features. But the packages include access to different amounts of time.

Here’s a quick Astrill VPN Review breakdown.
The one-month plan will set you back at $15.90 per month. This plan is perfect for a user that just wants to try out Astrill without making a long-term commitment.

Astrill has been around for at least eight years now. So I had high expectations for what I was going to get. Here’s a quick rundown of my favorite features.
1. SSL 256-bit encryption &amp; tons of protocol options Privacy is the number one issue with VPN software. Nothing else matters if your encryption or logging policies aren’t up to snuff. Astrill offers SSL 256-bit encryption on all plans they have. This means that you’ll have military-grade protection, even if you’re just trying Astrill out through a free trial. Although there’s not a big difference, some VPNs only come with 128-bit encryption (hint: Zenmate). Astrill also has one of the biggest lists of available protocols we’ve seen like the OpenWeb, StealthVPN, OpenVPN, Cisco IPSec, IKEv2/IPsec, L2TP/IPSec, SSTP, PPTP That’s good news for pretty much any potential use case. Those first two, OpenWeb and StealthVPN, are actually proprietary protocols created by Astrill. The main feature of OpenWeb is that it’s supposed to help you evade deep packet inspection
(DPI), which should reduce the chances of ISP throttling and Netflix detection. StealthVPN, on the other hand, was designed to help you slip past automated firewall systems. So all in all, there truly is something for everyone with Astrill’s protocol options.

2. They don’t slow down your Internet connection
Astrill claims that their speeds are incredibly fast. Just like everyone else. I tested them for
myself so you don’t have to. Here are the results of my speed tests for Astrill on US and EU
servers. Astrill VPN download/upload speed looks somehow like this in two major Servers:

EU Server
Ping: 44 ms
Download: 69.08 Mbps
Upload: 53.30 Mbps
These speeds are pretty good! The download speeds are especially consistent. The upload
speed for US servers could use some improvement, but these results are better than some
other VPNs on the market.

Smooth usability
Astrill is very simple to download and install. The site identifies which operating system you’re
using and brings up a download button automatically.
There’s no guesswork about how to use the Astrill installation wizard, either. Once Astrill has
been downloaded to your device, this is what the interface looks like:

Astrill VPN client. All you have to do is enter your email and password to log in.

4. Free trial + money-back guarantee
Astrill is one of the few VPN apps that offers both a free trial and a money-back guarantee.
Usually, only one or the other is offered. But now, you can give Astrill’s services a try for a few
days prior to signing up. Then after you do, you’ll have another few days for you to decide
whether you want to keep the service or not.

5. Unblocks Netflix
While the company doesn’t mention Netflix by name, it does feature the ability to “unblock”
favorite websites. In our testing, we found that Astrill was able to connect to Netflix through
three servers in three different countries as well as unblock Netflix’s geo-restrictions. Astrill
servers unblocking Netflix are the United States in Chicago, the United Kingdom in London and
The Netherlands. Whereas Astrill servers who are blocked by Netflix are the United States in New York
and Canada.we found this on our extensive use of Astrill VPN Review.

E. Cons of using Astrill –
1. Some possible logging
Astrill’s website seems to claim that it keeps no data logs. But when you dig into their privacy
policy, you’ll find that they collect data, such as cookies and other personal information. The
scariest part in their logging policy is that they claim not to “sell, rent, or trade your personal
information with others,” but they also disclose that their reason for collecting data is to
personalize your experience when it comes to things like “online shopping and interactive
communications.”
That last sentence sounds like they’re going to use your personal info to target ads, just like
another free VPN. It’s hard to interpret this privacy policy, which is a huge turn off for me.
When using a VPN, I need to know exactly what data is being recorded and why it’s being
recorded.
2. Astrill VPN pricing is above average
Some of the VPN services I’ve reviewed so far will only set you back around two or three bucks
a month for a full year. That means your total bill is only around $30-40 which is actually a great
deal. Unfortunately, Astrill doesn’t come close to that. Their current one-year pricing is at $5.83
per month. That’s double what some of the other options are (ZoogVPN and VPN Unlimited), so

it’s kinda pricey compared to your alternatives. The three-month options are also around
$10/month, too.
Once again, that’s high compared to many other options. Many other VPN services will give you
a month-to-month option for double-digit pricing. You better be sure you want to sign up with
them for the long haul because it’s going to cost you. We found this on our Astrill VPN Review.

3. No 24/7 Live Chat
A bunch of other VPN services only offer a ticketing system but surprisingly, AstrillVPN offers a
live chat. That means you’re looking at a full day in most cases to get a response to a simple
question. All you have to enter it is your name, email, and message to get started. You can also
select the department that your question applies to. Once you hit send, you’ll receive a
message. I went ahead and clicked on the “leave a message” option to see how long it would
take to hear something back when taking that route and I received a helpful email in a few
hours. Such response time might be normal for a ticketing or email-based support system. But
for a “live” chat It is completely terrible. You’re better to opt just submitting a message and wait
for a response rather than sitting in the live chat window for an unknown amount of time.
4. Only 2 connections allowed
We found our Astrill VPN Review test that Astrill caps basic accounts at only two connections. What’s worse, they also dictate that one can be a laptop or desktop and one can be a mobile device. Otherwise, if you want to increase
the number of connections, you have to upgrade to a special business plan (which is even more
expensive). But that doesn’t even make sense. Because many other people would have an iPad
or some other tablet in addition to those, too. Or maybe your spouse has their own devices that
you’d like to protect. Do, this seems quite weird. Well, under these terms, you wouldn’t be able
to even cover all of your own devices. And these are all just personal devices, too. They’re not
business-related ones. So you shouldn’t have to upgrade to a “business” plan in this case. This
policy is too restrictive. Especially as many other VPN providers will give you up to at least five
connections for the same amount of money (or less).

So, do I Recommend Astrill?
By all means in our Astrill VPN review, we found this, it’s not a bad VPN. According to my tests, I’d rate it around 7/10. However, if you force someone to choose just a single VPN provider, Astrill would definitely not be it for sure.
There was a lot to like. The connection speeds, in particular, were really strong. But there were
some drawbacks I couldn’t overlook, either. Specifically, the customer support was really slow.
The device connections are too limited. And the privacy policy terminology is a little sketchy.
That’s why it is probably recommended to use ExpressVPN, NordVPN or IPVanish before Astrill.Hope find the article Astrill VPN Review helpfull.

The Best Paint Markers For Canvas in 2020

Doodle Maker Review – Create Your Doodle Videos Without any Hassle !