Battery plugged in not charging in windows 10 (Fixed)

“I just upgraded my laptop today to W10, and now I can’t seem to charge my battery anymore, there was 0 problems before I upgraded from W8. What it simply says is “Plugged in, not charging”, this is pretty bad because my Laptop can only hold max 1½ hour (It’s a gaming laptop). Is there any way to check/fix it, because I don’t want to give it to a repair shop, and I have never even seen one…

Thanks for the help! “

Battery plugged in not charging in Windows 10 is one of the most common problem laptop users are facing after upgrading to windows 10. In this article, We are going to explain a very simple method using which you can solve this problem.

Battery plugged in not charging in windows 10:

Note: Before trying out the below solution, you should try to unplug the charger and remove and reinsert the battery and see if it’s working. Sometimes restarting your PC also fixes this problem. If it’s not working, follow the steps below.

1. Right-click on Windows icon to expand out its context menu. Find and click on the option entry named Device Manager as shown below.

2. A window named Device Manager will open up. Expand the entry named Batteries by clicking on the side arrow associated with it. As next, right-click on Microsoft ACPI-Compliant Control Method Battery and click on the Uninstall option. 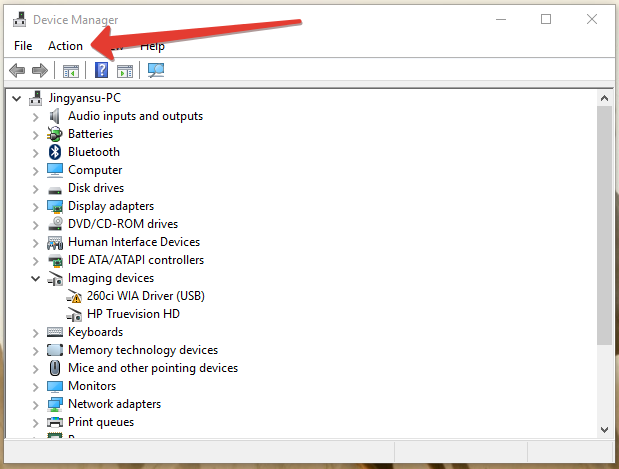 4.  Now expand the entry Batteries once again by clicking on the side arrow just like before. As next, right-click on Microsoft ACPI-Compliant Control Method Battery and click on the Update Driver Software option. 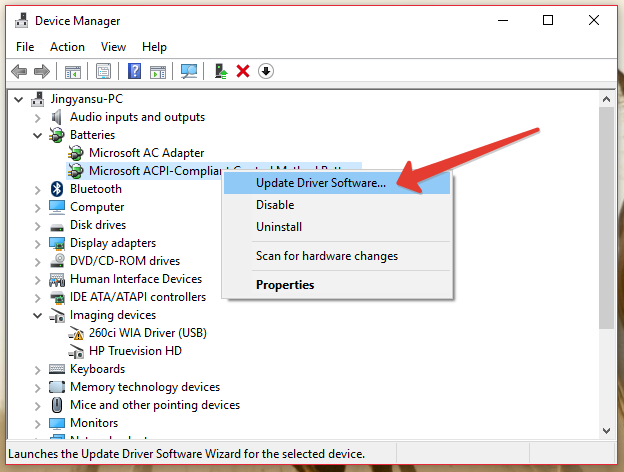 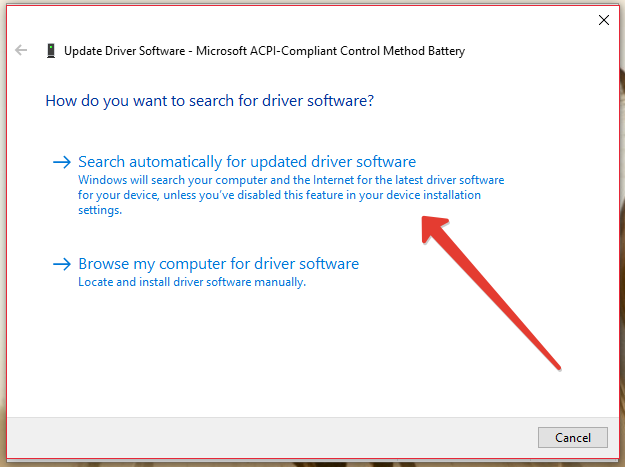 Above solution helped Peter to resolve “Battery plugged in not charging in windows 10 ” in his laptop. We hope it helps you as well.

HOW TO STOP WINDOWS 10 FROM USING SO MUCH DATA

Get In Home Support For  Laptops & Smartphones. Anywhere In Kolkata.