Considering that now whatever we do is online, having a very fast internet connection in our homes and offices has become even more important than ever before. But without a good wireless router, no matter how fast internet service we have, it won’t do much good. Therefore, before upgrading internet connection for better speed, we should first better check if or not we use the right router. These days having the best wireless routers for homes and offices is very important, our need can be for an epic gaming router or a top-of-the-line wireless mesh router.

In this article, we have made the task of choosing the ultimate router easy for you, as we have listed down the best wireless routers to buy in India in 2021. But before that let’s know briefly about wireless router and what are the things to consider before buying a wifi router.

What Is A Wireless Router? 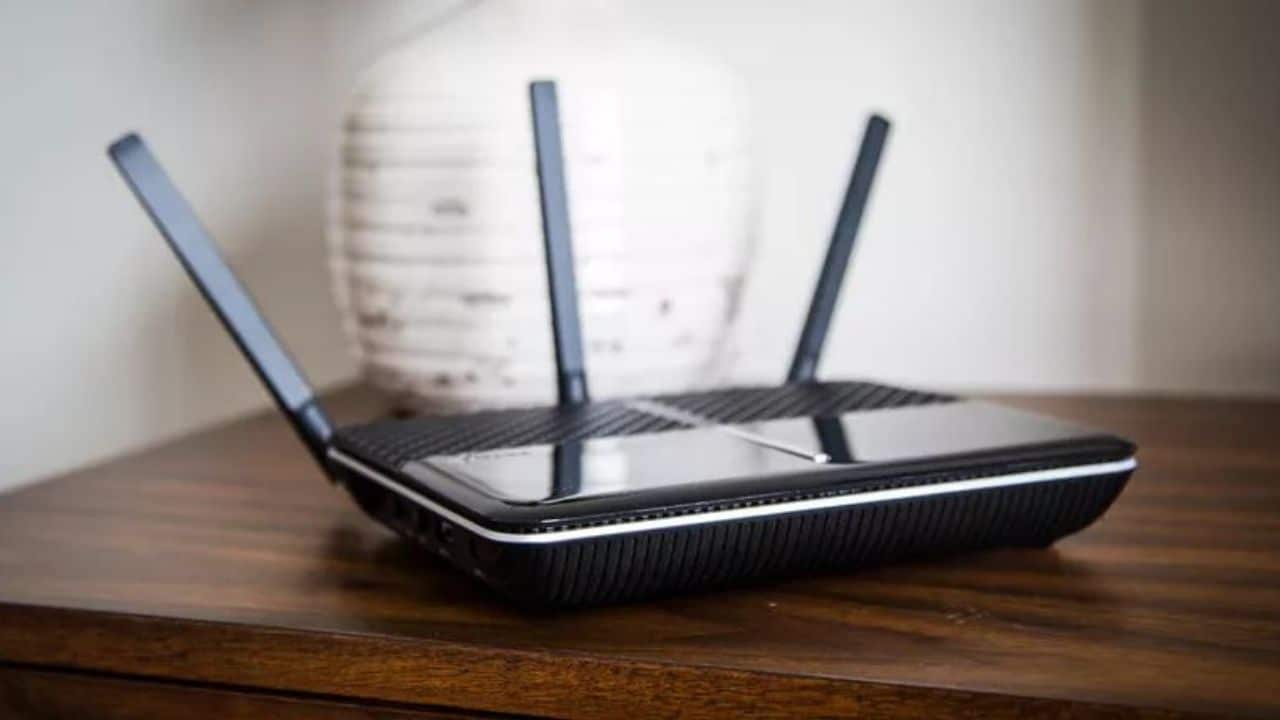 A wireless router is a device that performs the functions of a router and also includes the functions of a wireless access point. It is used to provide access to the Internet or a private computer network. These are devices that perform the same functions of a normal router only wirelessly. Wifi routers can connect two LANs or WANs, LAN and WAN, or LAN and the internet. A high-speed internet connection calls for a high-end wireless router that can provide better speed, coverage, and reliability and support modern smart devices. Advanced wireless routers support new wireless networking standard – 802.11ac that bring out the best in the latest laptop, smartphone, tablets, game consoles, and smart TV streaming boxes. To learn more about….

Things To Consider Before Buying A Wireless Router 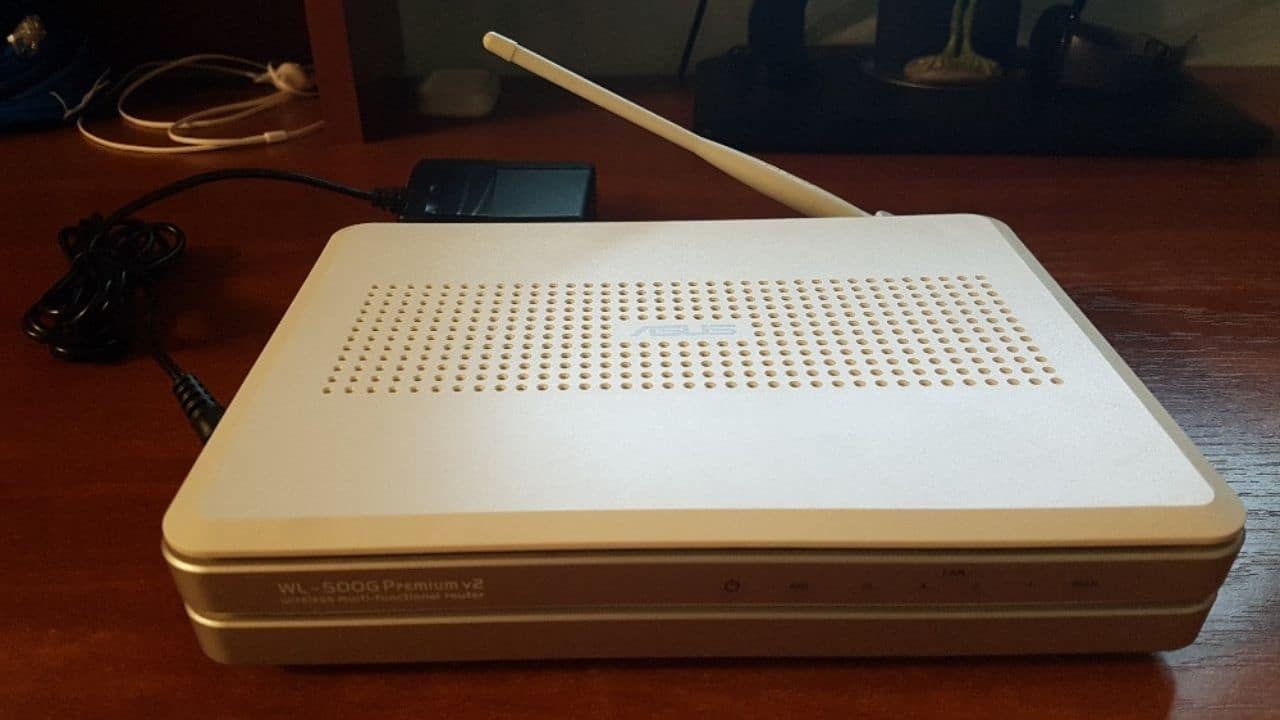 Best Wireless Routers To Buy In 2021

Google Wifi is one of the easiest smart routers to set up and get going. The premise of Google Wifi is simple, you have to buy a set of points and position them in strategic areas around your home. Then, simply scan a QR code, and you’re good to go. This wireless mesh router uses satellites that communicate with each other to eliminate dead zones in your home and offer a reliable wireless network for high performance. It can cover up to 4,500 square feet of blanketed coverage by utilizing its quad-core CPU, 512 MB of RAM, 4GB of flash memory, and combining 2.4GHz and 5GHz into a single band. This is one of the best wireless routers for home by Google and it has taken a huge step into getting out of the traditional wireless routers to the new wireless mesh routers.

Netgear when first introduced their device, they completely reshaped the wireless routers scene. In 2021, Netgear unveiled the Netgear Orbi AC2200 RBK23, a cheaper router to the one they introduced earlier. This wireless router can cover up to 6,000 square feet, which is excellent, and can handle speeds of up to 2.2 Gbps over that range.  It stands up vertically, which adds to its already great specs and doesn’t need antennas or any adjustment to offer very solid network coverage. This high-end router is regarded as one of the best tri-band routers out there in the market and the one which you can surely go for if the price is not an issue for you.

Asus has done brilliantly with the Asus RT-AC86U. It is an affordable router by Asus that beats out almost all the wireless routers in the same price bracket on the market. From gaming to security to fast speeds, everyone can find something to like about this high-end dual-band AC2900 router. This all-round router is an easy-to-use router with reliable WiFi coverage in a large home. It is one of the best routers for large homes as it maximizes your bandwidth and keeps your home network running smoothly. This is a gaming router by Asus that has all the latest features, including extra security for all of your devices. So if you’re in the market for a high-speed connection and with limited budget, the Asus RT-AC86U is an excellent option.

The Samsung Connect Home by Samsung a wireless mesh router that’s just about as good as the best out there, but it also doubles as a smart home hub. Samsung has designed Connect Home with simplicity and unassuming style in mind. It has an LED that shines and blinks either red or green indicating different statuses. Likewise, each unit contains the same connections, so that any unit can act as the router to the network while the others perform as satellites. This router works by simply extending your network over the same 802.11s mesh protocol, rather than a more advanced system, like Netgear Orbi’s tri-band approach. It is not the most feature-rich wireless router available today, but it still is one of the best wireless routers especially if your home is filled with smart devices.

The Netgear Nighthawk X10 AD7200 Smart WiFi Router is for those looking to have the best VR gaming and 4K video streaming experience. This is one of the best wireless routers with four external antennas feature which is an interesting stitched pattern of blue LEDs along the side. It also has two super speed USB 3.0 ports. This gaming router features Amazon drive backup and supports Amazon Alexa commands. You can easily go for this powerful router which also supports 10 Gbps LAN SFP+ port if you use high-end NAS servers.

Amplifi HD is one of the most expensive wireless routers in the market currently. This wireless router boasts excellent performance and a stylish design to match. It is the perfect router to be installed and showcased in the central locations which helps boost the router’s signal. The Amplifi HD is a new addition to the growing list of mesh Wi-Fi routers, which use additional Wi-Fi repeaters to help spread a wireless network throughout the home. It’s incredibly easy to set up, and it works brilliantly as well. If you have a large house, then the two MeshPointHD extenders will help ensure it is covered by your Wi-Fi network. However, it is way more expensive than other wifi routers like the Google Wifi and Netgear Orbi, but the one you should definitely go for.

The TP-Link Archer C7 AC1750 is one of the best budget routers out there in the market. It is the perfect router as it offers internet gaming as well as streaming with a combined speed of 1.75 Gbps. It has a total of 6 antennas, with 3 being external and 3 internal which offers a respectable amount of WiFi range. Being introduced by Tp-Link as an entry-level and budget-friendly router, this wireless router that has decent enough performance. It also comes with average NAS capability. Although its build quality isn’t great, it still is a great one to go for as it a very good value for money router.

Meanwhile, performance on the 5GHz band is excellent, allowing seamless movement while maintaining internets speeds close to or on a par with a wired connection. A web-based interface adds more advanced controls beyond those provided by the user-friendly smartphone app. It is a pleasant and high-performing mesh networking solution. It offers excellent performance on 5Ghz band, however, the 2.4Ghz band is a disappointment in itself. This is a great wireless router that doesn’t cost a hell lot of money and is often compared to Google’s legendary router.

If you are looking for an office router that offers excellent features and fantastic performance, then the Netgear Orbi Pro is the one to go for. It’s a modular Wi-Fi mesh router that takes some design and performance cues from its business-grade counterparts. This is one of those top-rated wireless routers that can solve your existing Wifi problems and if you work in an office where no one can afford their Wifi to slow down, then this will be worth the heavy investment that you will make.

The Netgear Nighthawk Pro Gaming XR700 is built with cutting-edge software and bleeding-edge hardware to give you stabilize your ping and optimize your network for maximum gaming performance. It is built for gamers who want to customize their experience and gain complete control of their home network. The AD7200 router offers a top speed of 7.2 Gbps, with great Wi-Fi coverage and detailed parental controls. This is one of the best gaming wireless routers which is powered by DumaOS. It gives gamers all the tools and analytics they need to minimize latency and keep their games running smoothly. In spite of being one of the costliest routers in the market, the XR700 is a very powerful router which is great for users who love gaming. Therefore you can definitely go for this epic gaming router.

Also read: The Best Antivirus For PC To Buy