How To Fix Android Apps Crashing and Closing Suddenly 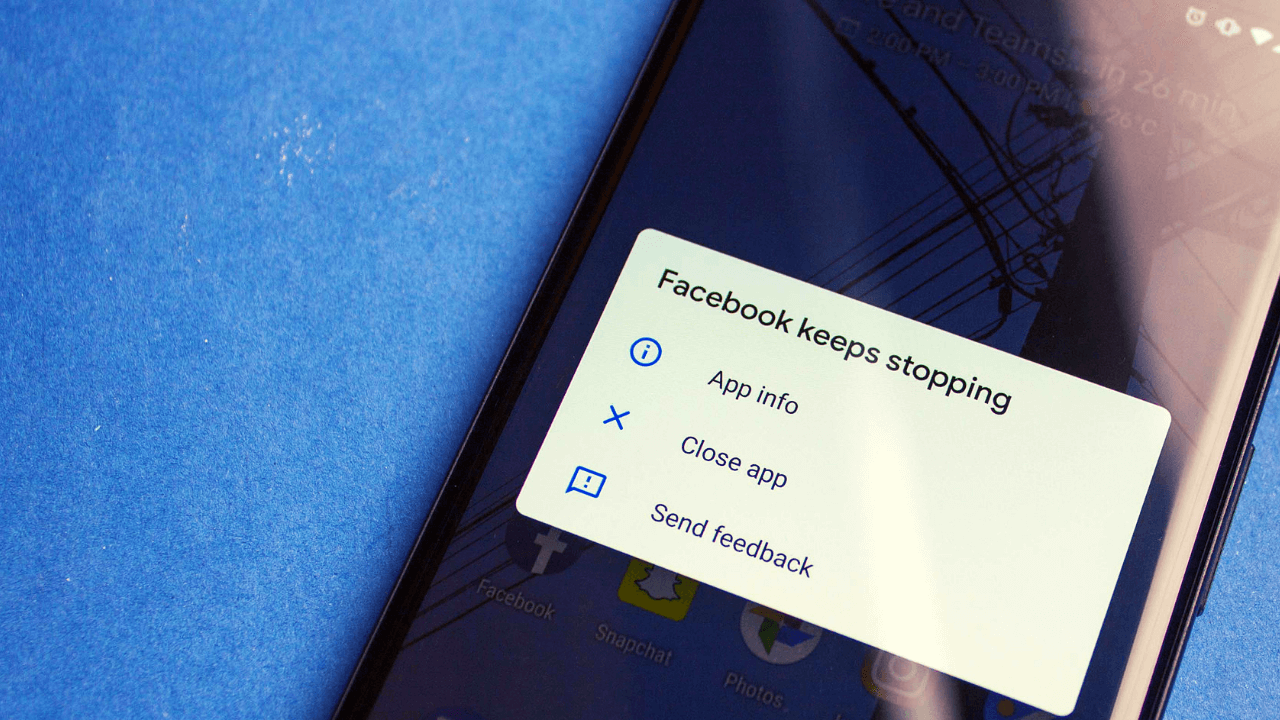 One of the most common problems faced by all Android users is the problem of their Apps crashing immediately after they are starting the app. It can be frustrating when you are in the middle of some requirement from a particular app but the app keeps automatically closing whenever you are trying to open it. In this article, we are going to address the issue of the Android apps crashing immediately after opening them and look at the solutions as to how to get over this Android app automatically closing issue. However, before we move on to discuss the fixes of this issue let us first know a thing or two about What do we mean when we say an App is crashing? and What causes this Crash or sudden close down of an Android app? So let us find out.

What Is The ‘App Crashing’ Issue?

By ‘crashing’ we usually refer to the situation when an app stops working suddenly due to reasons that can sometimes be difficult to understand. What actually happens, in this case, is, the app stops working whenever there’s an unexpected exit caused by an unhandled exception or signal. An Android app is usually written using the JAVA script which crashes if it throws an unhandled exception. Therefore, what it denotes is that the JAVA code crashes leading to the App to crash when there’s an unhandled signal, such as SIGSEGV, during its execution.  When an app crashes, Android terminates the app’s process and displays a dialog to let the user know that the app has stopped. 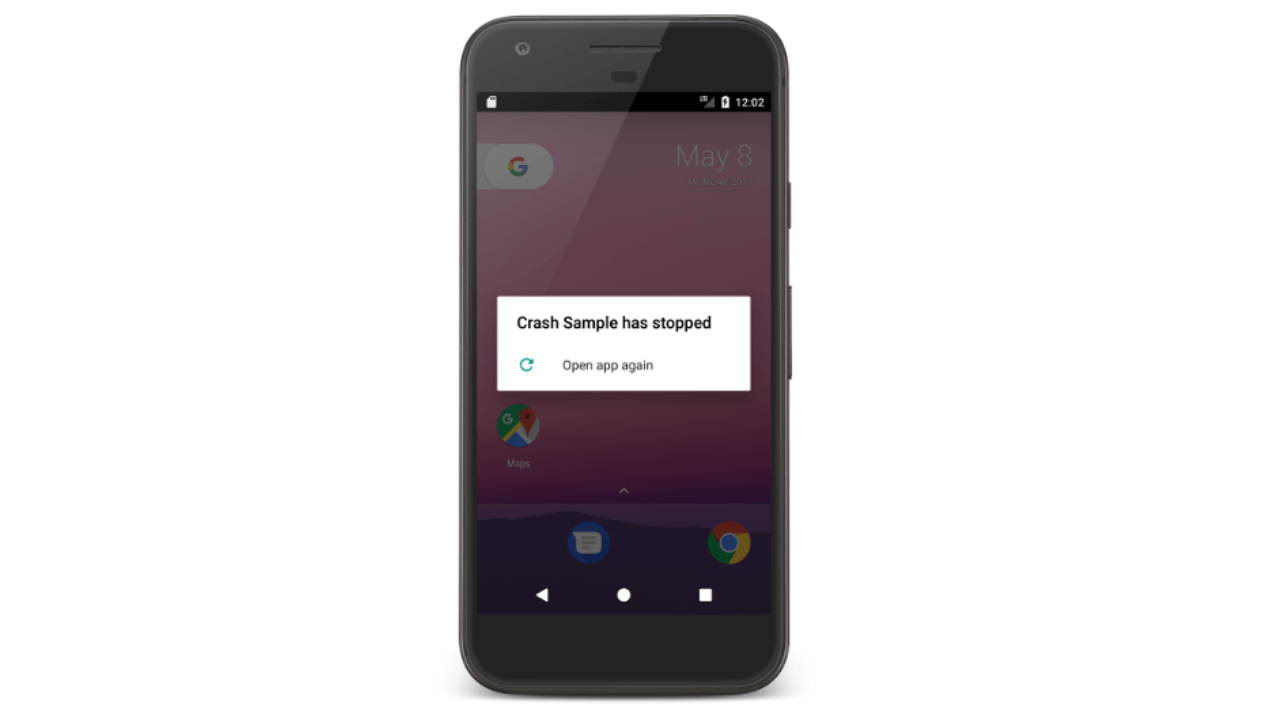 It is to be noted here that, an App need not be crashing only when it is running in the foreground but rather, any app component, even components like broadcast receivers or content providers that are running in the background, can cause an app to crash. To explore deeper into what can actually cause an app to crash or close down suddenly we should look into the factors that are listed below.

What Causes The Apps To Close or Stop Working Suddenly? 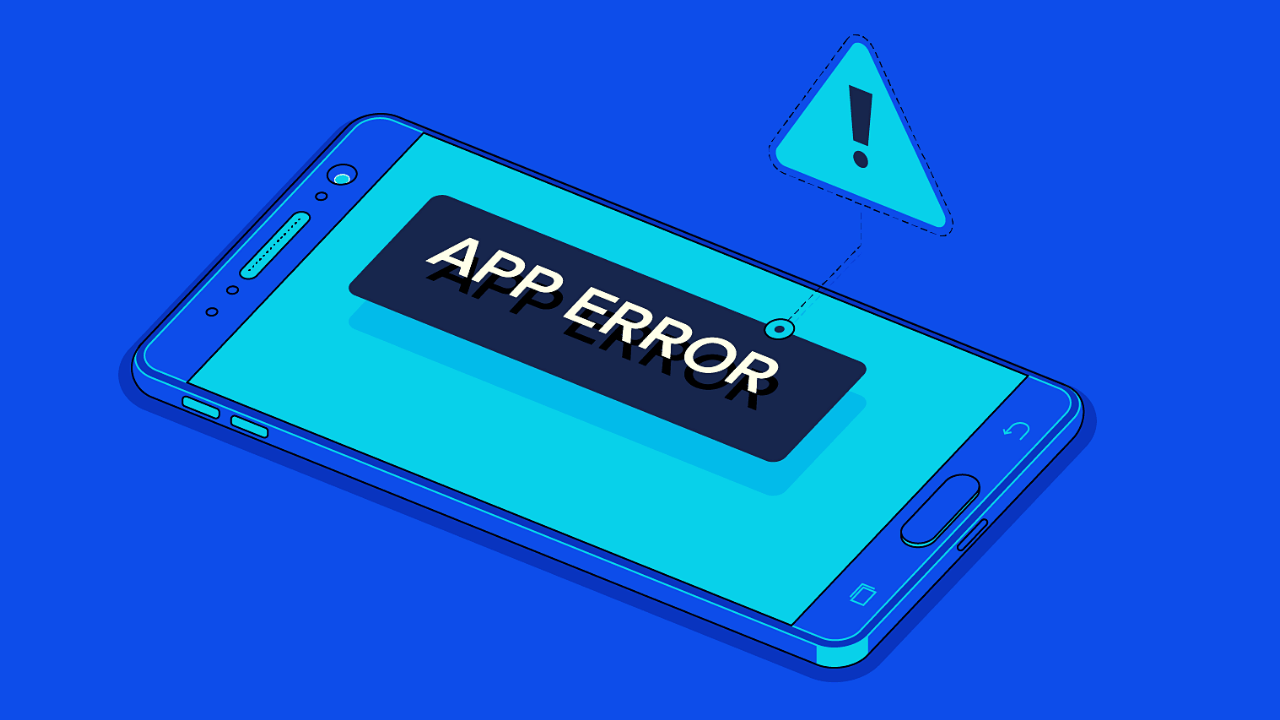 Before we move on to explain what are the solutions to cure the problem of sudden stopping of the App, we must first look at what causes the app to crash or stop working in the first place. So here are some pretty common yet notorious causes that result in the app to stop working.

Sometimes, apps might stop when you have an unstable network connection or if you change from mobile data connection to a Wi-Fi connection. While Apps with stronger programming would be able to withstand any situations, most smaller and weaker apps with not so advanced code would fall victim to the crashing problem. The Mobile Data saver of your Android phone may also lead to the problem of apps to keep crashing and automatically closing.

Bugs In The App

Bugs in the app may also hinder the smooth functioning of an app and might cause the app to crash suddenly. Therefore, fixing the bugs in the app can cure this problem of the app to suddenly close down. Although fixing the bugs is done by an app developer but usually, App development companies fix bugs with each subsequent updates. It is thus advisable to keep your apps updated to so that the bugs won’t cause any trouble for the app to function properly.

Over-burdening the CPU or Incorrect usage of the memory

Every phone has a certain amount of CPU power or a certain level of usage, exceeding which will slow down the device thus leading the apps to fail and crash when you are trying to open them. However, often this CPU usage level exceeds when you burden the phone by installing apps that do not ideally qualify for the phone. This creates instability in the app causing it to crash. Therefore in order for the apps to perform properly, it is always advisable to use apps that are compatible with the version of your  Android phone. This will stop the issue of the apps automatically closing. 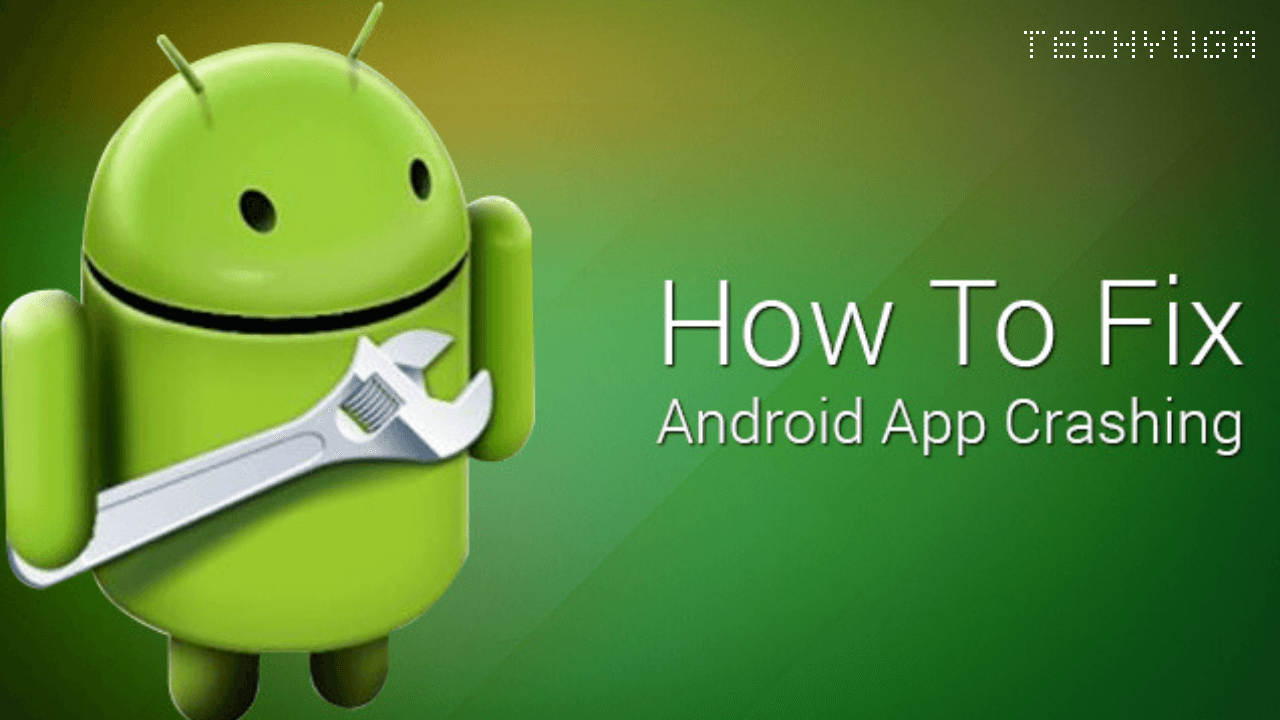 After reading the above section, you have an idea about what causes the issue of the Android apps to be closed automatically. Therefore, below we will be listing a few solutions that will resolve this issue. So let’s begin.

It is always advisable to use updated apps since updated apps usually have their bugs and errors fixed in it. Launching an app is not a one-time job since the developers constantly make the app better and more compatible with your version with each subsequent update. Thus running an older version of the app in your Android phone will result in the app crashing frequently due to bugs and errors and due to its lack of compatibility with the updated phone version. So always update the Apps to prevent it from becoming outdated and incompatible with your phone. Here is how you should update the apps in your Android phone: 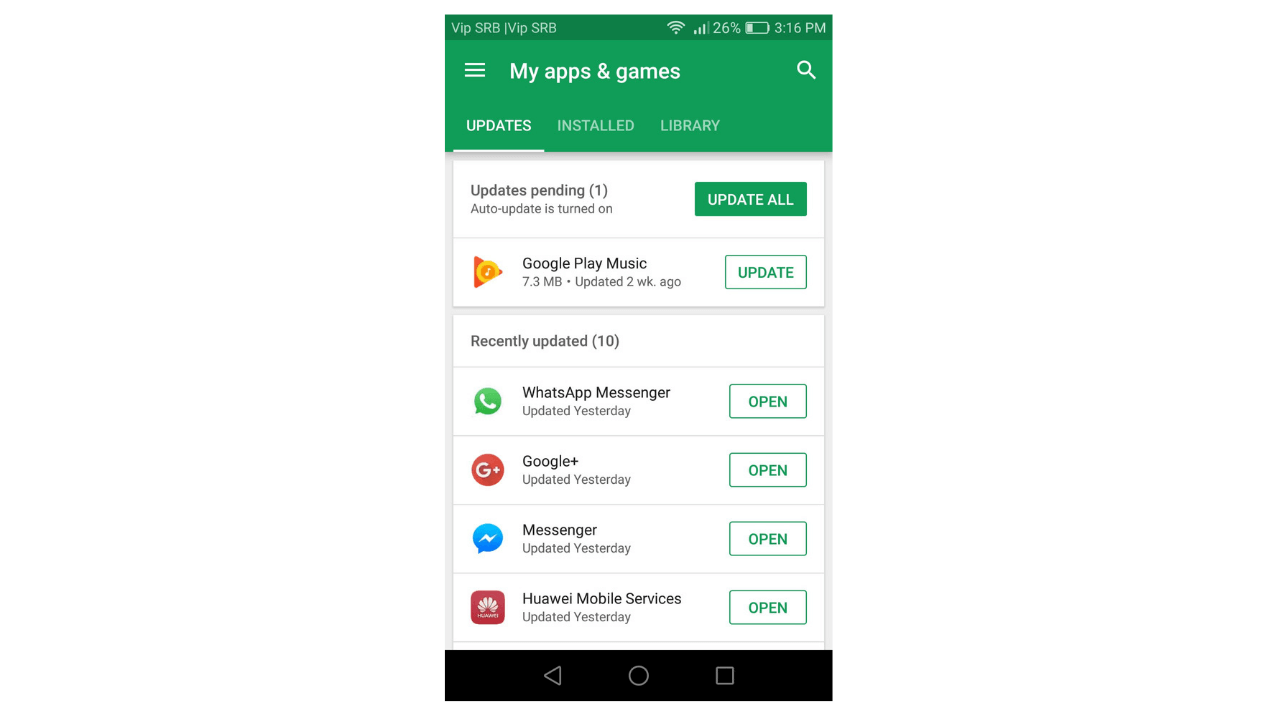 Updating the App will undoubtedly solve the problem of the Android app crashing. If it doesn’t then it is recommended that you take professional help as the problem might be hardware or software issue.

Fix 2-Make Space on Your Device

Storage Issue is another cause that leads to this sudden crashing of the Android Apps. As it happens, a lot of apps require a subsequent amount of storage space failing which might lead the app to close abruptly thus disrupting your work. Apps often require space for creating new files or storing data created when the app is used. If the phone storage is low, apps can no longer create files that are needed for its smooth functioning. Although many Android phones these days come with huge storage space, yet this problem might arise when you have too many apps installed in your device, consuming up too much space. 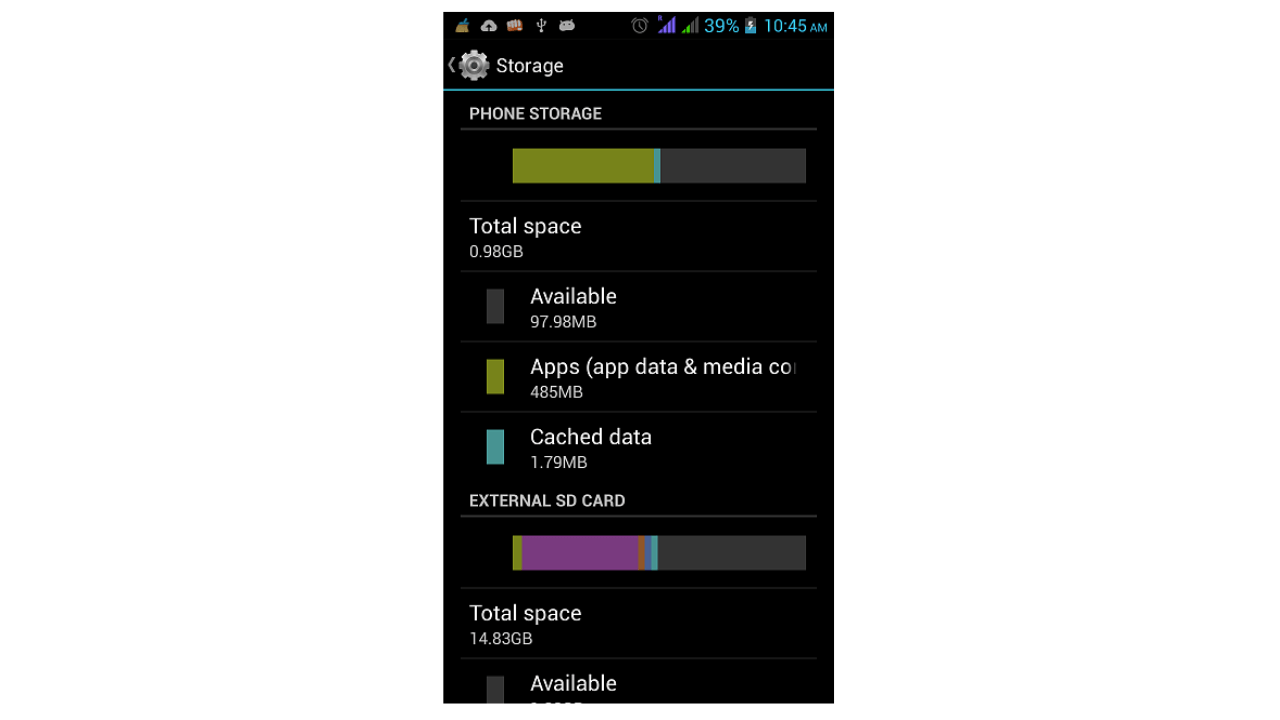 As a simple fix, you can check for apps that you haven’t used for a long time and uninstall them. You can also use Android apps for cleaning up old and unwanted files from the device. The problem will get solved once you do this. However, if it doesn’t then it is recommended that you take professional help as the problem might be hardware or software issue.

Clearing the App Cache and App Data will also solve the problem of the Android apps crashing frequently. The App cache usually consists of data that smoothen the functioning of the Apps; for instance, files that speed up the App. Deleting such cache data won’t affect the loss of any important data since new files will be automatically created when you open the app the next time.

The app data files, however, consists of the important data like passwords and other information that personalizes the app for you. By clearing the data file you will lose the configuration of the app and it will have to be reconfigured.

Here is how you should clear the Cache Data of the app: 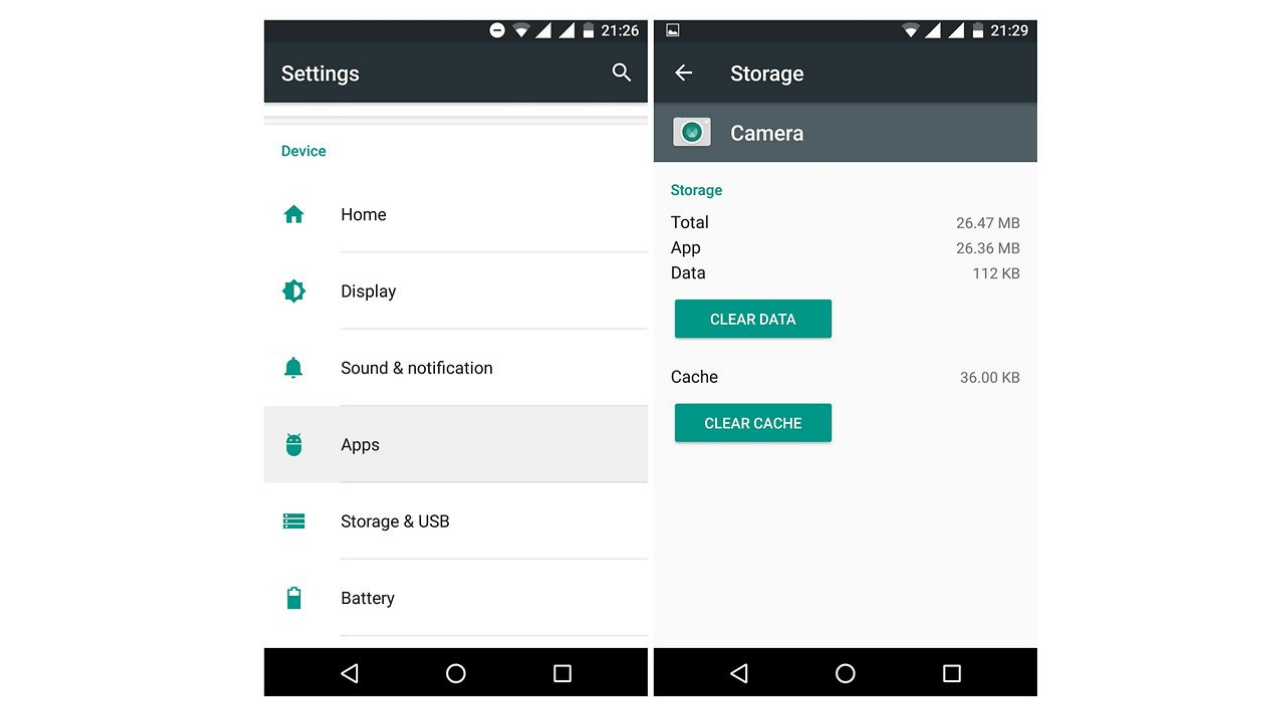 Once the cache data and the app data is cleared you can start over the app and see if the app is still crashing, if it isn’t then your problem is fixed, if it doesn’t then it is recommended that you take professional help as the problem might be hardware or software issue.

We often have apps installed in our Android phones that are not used at all. These apps might be dangerous as not only they take up space but they might also develop a bug that will cause the app to crash and close down. Not only will this app be showing issues but sometimes its issues might be extended to other apps that might share the same permissions. In such cases, simply cleaning up the device by uninstalling those apps will clear up the issue.

Here is how you can clean up the device: 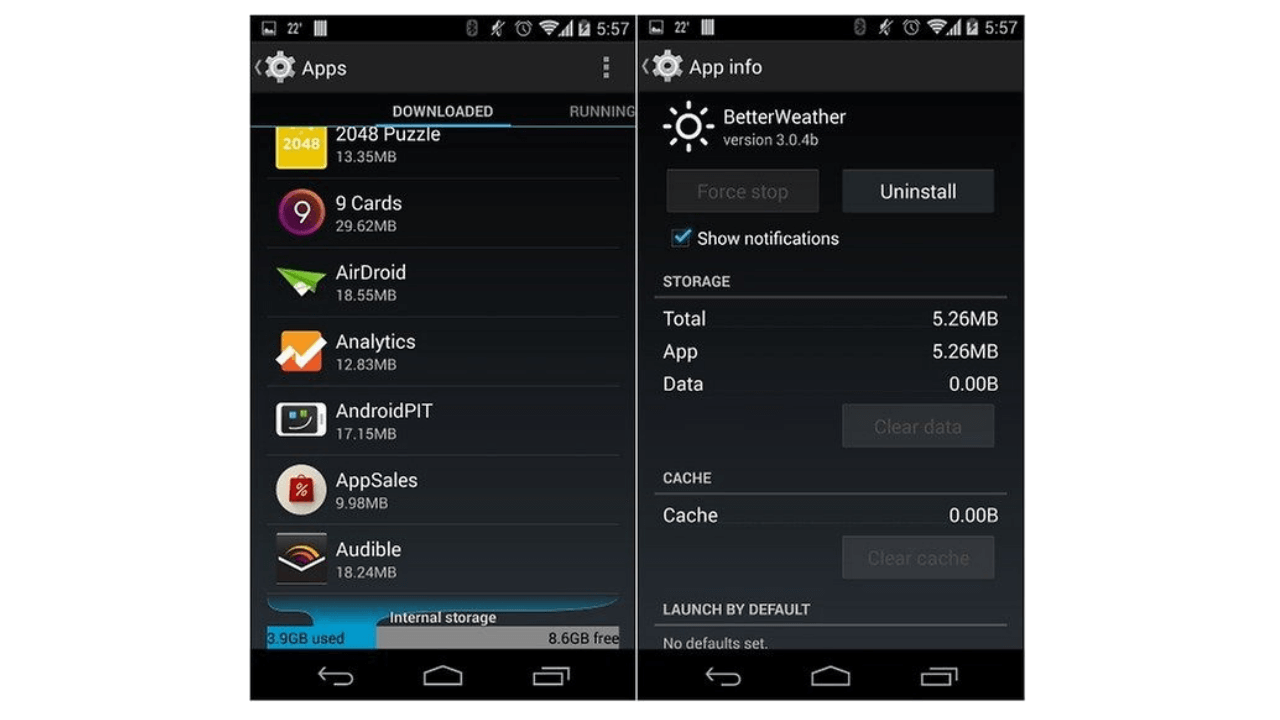 After the completion of the uninstalling restart the phone again and see if the issue of Android app crashing is fixed. If it is not then it is recommended that you take professional help as the problem might be hardware or software issue.

Besides these major issues, it is also recommended that you keep your Android phone in a healthy condition in order to prevent the Apps from crashing and closing down. So following are the ways by which you can ensure that all your apps run smoothly :

Procedure 1- Always install apps keeping in mind the capability of the phone. For instance, if your phone is seasoned for an average use then you shouldn’t use heavyweight apps like gaming apps which might harm the processor since heavy apps require a strong processor.

Procedure 2- Keep in note that your phone has enough storage space so that when you install the apps it can easily create data files easily. Inadequate space can often lead the problem of the apps crashing and closing suddenly since inadequate will prevent the apps to create files that will ensure the smooth running of the app.

Procedure 3- Compatibility is another issue that should be kept in mind when you are installing apps. Sometimes some apps might work well in a particular device while crashing and closing in other devices. The thing is when developers develop a particular app they don’t get the chance to test their apps in each and every device so if you look at tech forums that talk about these issues you might find that all the users who are complaining such are users of a particular model. So if you constantly face issues of your app crashing and closing in your device despite trying all the solutions, it will only be better to uninstall the app.

These are thus the solutions by which you can solve the issues of your Android apps crashing and closing down suddenly. However, if you still face the same problem or any other issues in your Android phone then you can contact us and get a repair for your Android smartphone.