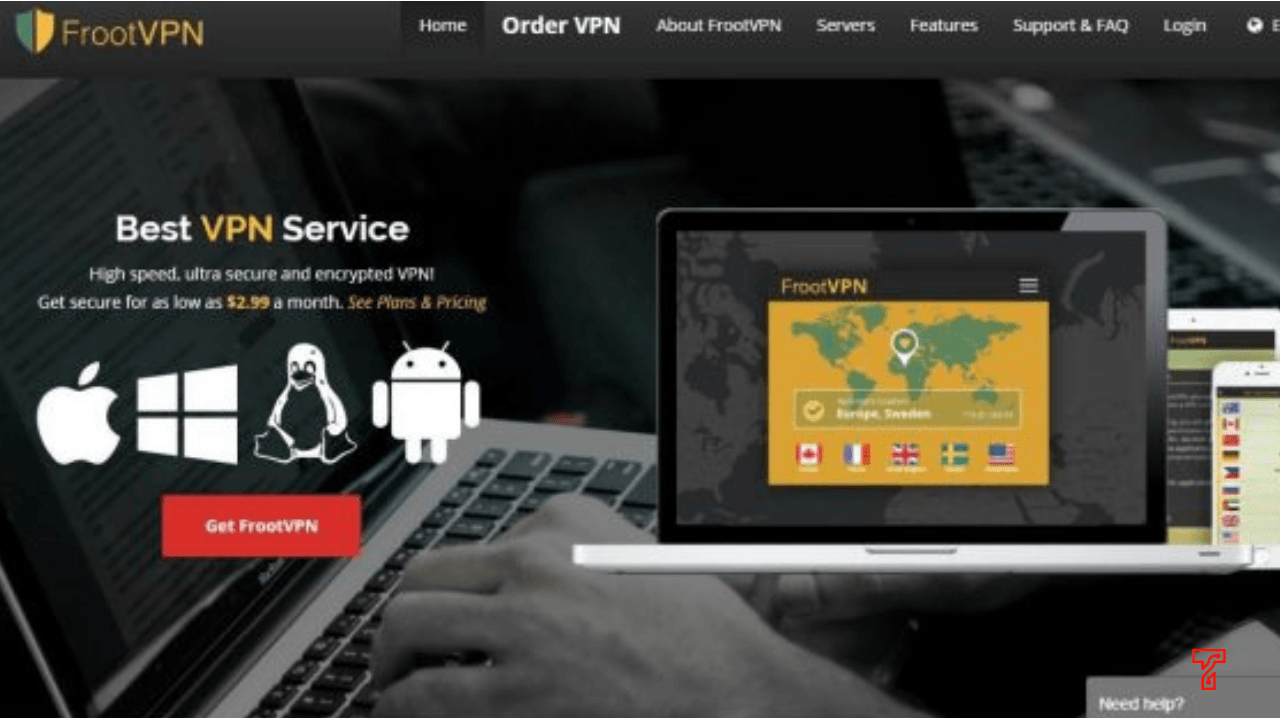 FrootVPN was founded by Frootynet AB in Sweden in 2014. It’s the third Swedish VPN which have been reviewed till date after PrivateVPN and Mullvad. It’s one of the most affordable VPN services available on the marketplace today. But does that make it great? Do you really want the lowest price when your privacy is at stake? So let&#39;s find out their performance like speed, whether or not the cheap cost actually comes at a price, their customer support as compared to the customer support of other VPN companies and if it works on Netflix or if you can use
torrenting, and its more variant features. But you must know the background of who they are.Lets Begin FrootVPN Review.

Background of FrootVPN in our FrootVPN Review.
It seems that the company has really put the time and effort into the aesthetics of their websiteFrootVPN.com to portray its look as pretty legitimate with high-quality standards. The overall design seems modern, with a color palette of black, orange, and green. There’s also a dialog
box in the bottom right-hand corner of its homepage in case you need to live chat with a FrootVPN employee. Some details on the homepage seem to be promising, like the “Keep no logs” graphic just below the fold.

FrootVPN logging policy
This VPN was promoted by Pirate Bay in its early stages, which was pretty controversial, considering all of the legal troubles that they’ve faced for their torrenting practices. As you may already know, Pirate Bay was even raided by Swedish police in December 2014, causing them to go offline for a few days. The site changed its frontpage logo to promote FrootVPN, which lead to 100,000 new customers, according to TorrentFreak.

FrootVPN features
While those features look really great, this VPN does have a lower amount of total servers than most other competitors, such as PIA. FrootVPN offers 30 servers across these 18 countries like Canada, France, United Kingdom, United States, Sweden, Australia, Netherlands, Poland,
German, Russia, Switzerland, South Korea, Hong Kong, Singapore, Isle of Man, Brazil, Israel, and Japan. Their software is available across devices such as Windows, Mac, iOS, and Android. It also works on routers. So although you can ‘officially’ use FrootVPN on 5 devices simultaneously, you can really expand that with a router connection. The company offers an installation guide here for DD-WRT routers. They also support IPv6.
Each of these devices can be connected through OpenVPN, PPTP, and L2TP protocols. OpenVPN is the best choice for most with state-of-the-art AES-256 encryption. While PPTP and L2TP are serviceable for older devices or connections who’re less concerned with top-notch security.
FrootVPN offers a Kill Switch, like many of the other leading VPN providers. That’s great news because it can save you when you least expect it. If your network connection drops at any time, your VPN connection will also drop. Leaving you completely exposed to the public. Unless you have a kill switch that severs the connection instantly. That way, none of your browsing activities are shared. We found this on our FrootVPN Review.

FrootVPN Pricing and Plans
Now that you know what FrootVPN offers, you’ll need to know how much it’s going to cost you. But first, it’s important to note that the company also offers a 30-day money-back guarantee policy which is an amazing feature. So you can try out their service for a few weeks before being locked into anything. Pricing for FrootVPN is pretty straightforward. There’s absolutely no difference in the three packages they offer, except for the amount and length.

You can choose between these billing plans:

like you can use your debit card, credit card, PayPal, Bitcoin, and Perfect Money, which is kind of similar to PayPal.

FrootVPN Pros
Here comes the part you’ve been waiting for the most. So let&#39;s find out FrootVPN’s speed,usability, customer support, and more. So let’s get started with the good stuff first.
1. Strong Security &amp; Privacy
FrootVPN uses 2048-bit encryption. While not as secure as AES 256, it is a more practical option most of the time. The service also offers PGP (Pretty Good Privacy), which provides “cryptographic privacy and authentication for data communication.” Torrenting and P2P traffic are allowed through FrootVPN, too. It claims not to log any of your data, other than your email address and username. This is great news for your privacy because you’re probably only interested in using a VPN to protect your privacy in the first place. The only downside is that you need to be able to trust your VPN provider (like FrootVPN in this case), because they will be able to connect your personal data (like your email address) to your account.
2. Cheap Pricing
FrootVPN’s month-to-month pricing of $7.99 is pretty good. However, they offer some massive discounts for both quarterly and annual plans. The 63% savings on the longer option is an amazing deal. In fact, it makes them one of the cheapest plans I’ve seen at only $2.99/month.
Only ZoogVPN and VPN Unlimited are slightly cheaper (by only ~$0.50/month).

3. Seems to work with Netflix (at least for now)
FrootVPN claims to work on Netflix. So I was excited to see if the claim was true. After all, some people only use a VPN for Netflix access to other countries’ titles. When it was first tried to access Netflix using a server out of Vancouver in Canada, FrootVPN Netflix error was observed. But when using a different server from Mexico City, Netflix actually worked.
4. Solid Usability
FrootVPN’s usability was pretty good initially. It&#39;s also very easy to install. Once you download the software, you’ll be prompted to log in. Then after entering your credentials, here’s what you’ll see on the FrootVPN platform:

FrootVPN Cons
FrootVPN offers excellent security and pricing. Unfortunately, the rest of their offering couldn’t live up to that high bar. Here are a few of the biggest drawbacks as observed in FrootVPN.
1. Very Slow Download Speed
Privacy is awesome. But you can’t completely sacrifice performance at its expense. For
example, some speed tests were done from US, EU, and Asian servers to find out just how good
FrootVPN is at managing traffic. So, let&#39;s find out its performance:

Honestly, this result was kind of disappointing. Going from 40 Mbps upload speeds for EU servers to only 9 on Asian servers is a huge decrease. Overall, speed levels are not very impressive. Especially when you compare them to other VPN providers. And the fact that FrootVPN tries to claim “high-speed” is one of their biggest benefits. Just take a look at this case-study which was done in order to find out fastest VPNs.

2. Low Customer Support Quality
One of the most common complaints about FrootVPN is that their customer service experience is lackluster. When not logged into your account, and you click on the “Need help?” button on FrootVPN’s site, FrootVPN lives chat email options appear. You have to enter an email address
to proceed forward and ask your question. However, if you’re logged in, the live chat looks a bit different. You can access the “Support” area from your dashboard in the bottom left-hand corner. Your account member details can also be found on this page. When you click on
support, you’re directed to an FAQ page to see if there’s an answer to your question there. If it isn’t, you’ve got a couple options to talk to customer support. The most prominent is the live chat feature. When I tried to submit a message, I received a notice that all agents were busy.

You’ve got to enter in your name and email along with your question in case I avail the FrootVPN live chat feature. Once clicking the checkmark, you should receive a notification that your message has been sent. If you don’t want to take the live chat route, FrootVPN also offers
a ticketing option. However, you can assume that this method works the same way as live chat does when all agents are “busy” or offline. In other words, your message goes to a queue somewhere to wait for a response. After submitting a question, I expected some kind of an
email from FrootVPN letting me know that my question was received and giving me an estimate of how long it would take for them to get back with me. After an entire data, they replied that too just linked me out to an FAQ instead of answering my question. Many other people have
complained about long wait times. So, It’s hard to call live chat when it isn’t always live.

Finally, is this VPN server recommended?
Overall, FrootVPN is not recommended. This VPN is really secure, private, and it allows for torrenting. It’s got great encryption, no logging policy, and it’s very affordable. You can access Netflix, which is a huge bonus. However, there aren’t a whole lot of bells and whistles with FrootVPN. Download and upload speeds are super slow and customer support was pretty bad. Disappointing user reviews seem to claim that the service is secure and that it works. It just doesn’t offer a ton of servers, options, speeds, or resources for technical help. All in all, FrootVPN seems to have a great foundation laid out with a ton of potential. But they still have some work to do in my opinion. They aren’t terrible by any stretch. However, if you only need one VPN service, there are much better options out there.Hope You Like the article on FrootVPN Review. 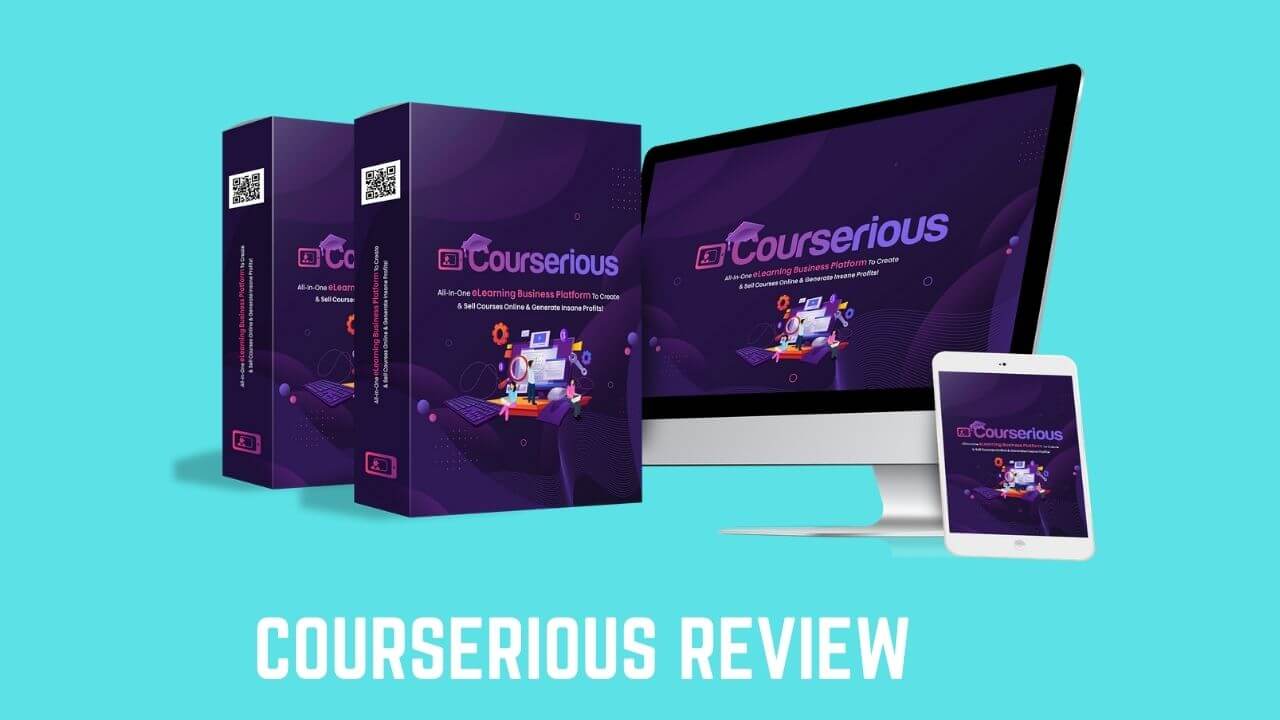 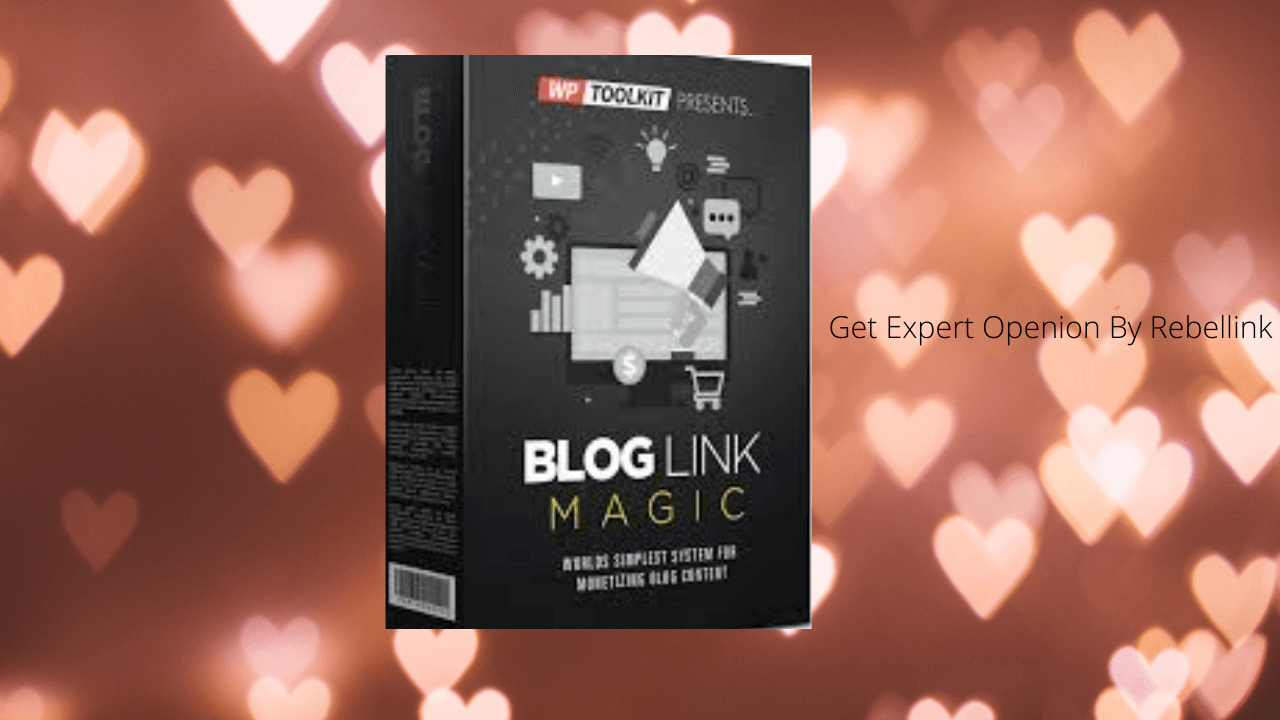 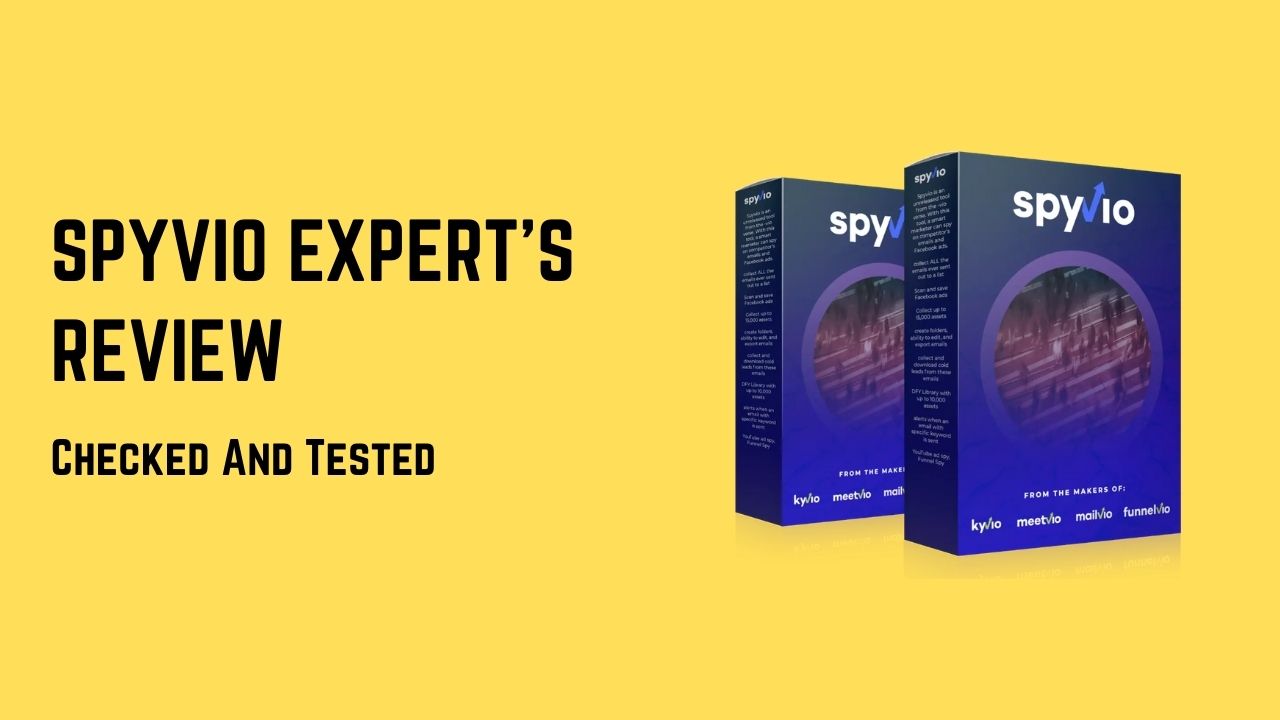 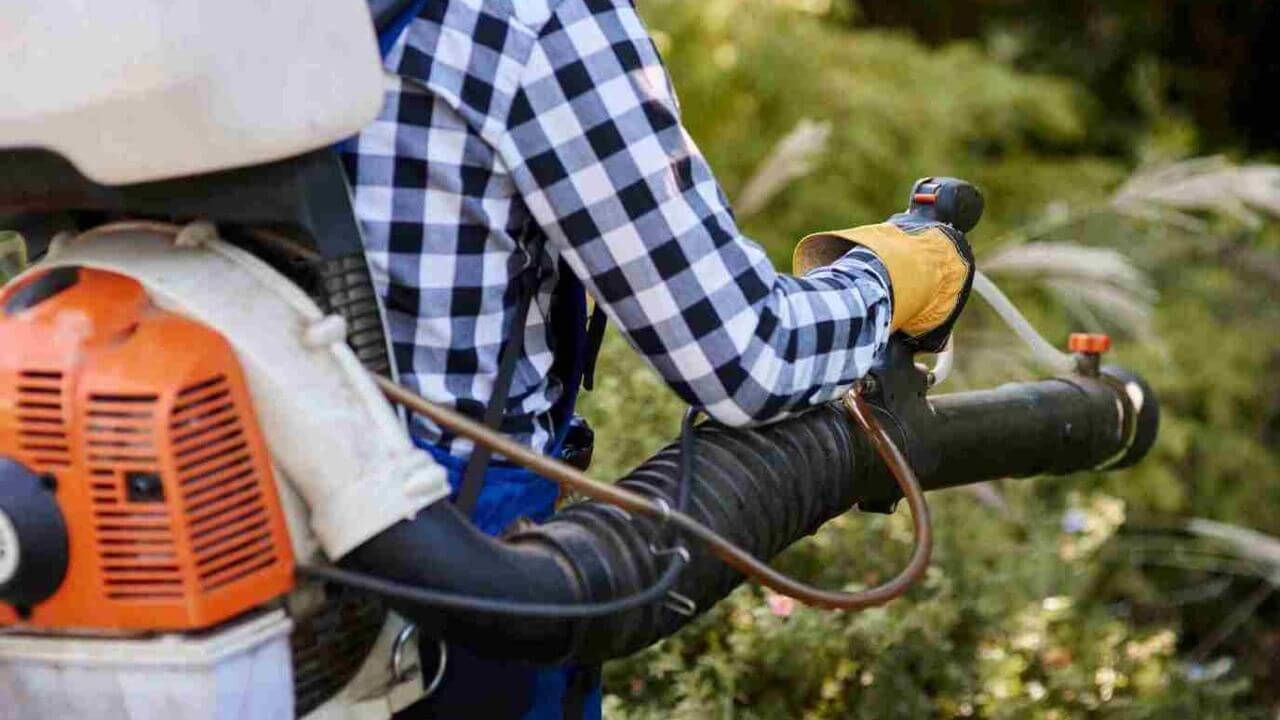 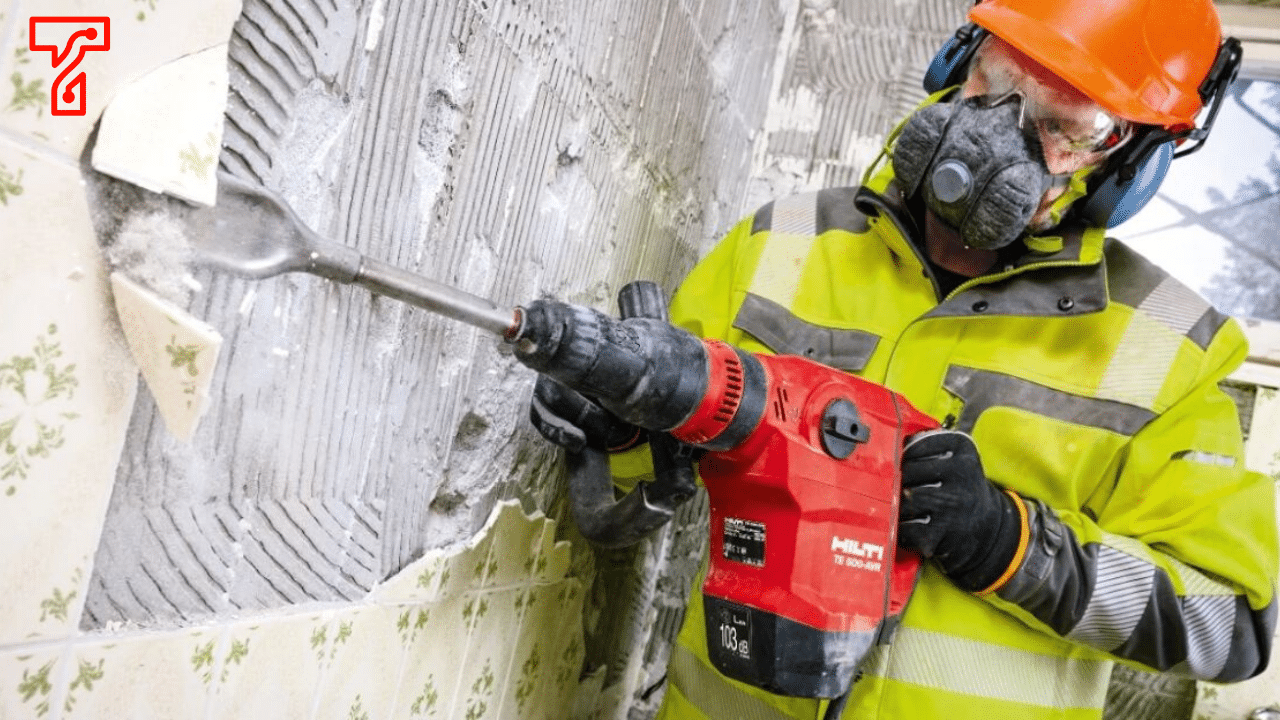