All Must Have MacBook Logic Board Repair Tools

Often when we see certain kinds of symptoms in our Macbook, like the device’s failure to boot, blue screen errors, device randomly freezing with hardware no longer working, or if there are issues such as the audio and/or the laptop screen are not working or if the connected devices fail to work then the problem is with the Macbook’s Logic board or the Motherboard. However, if the Macbook’s Logic board is damaged, it should not always mean that you will need to buy a new Macbook.

All you need to do find the fault in the logic board or the motherboard and repair it. Here is the full list of Macbook Logic Board Repair tools or Macbook motherboard repair tools that you must own to repair your Macbook’s logic board.

Most of these repair tools are available on Amazon. You can buy them here.

What Is A Logic Board?

Functionally, a logic board acts just like the motherboard by being the sole medium that helps in the connection and communication of all the internal and peripheral components of the Macbook. The Motherboard or the Macbook’s logic board is the PCB or the printed circuit board that allows communication between the crucial electronic components present inside the Mac and generates responses to the user’s commands.

All the hardware peripherals or components of the Mac like the graphics cards, sound cards, CPUs, and memory chips are connected to the logic board and once the user inputs a certain command, the logic board then quickly sends electrical signals to the hardware components and generates a coordinated result. This result is then sent back to the user as a response to his commands.

No wonder it is the “Mother” of all components that holds all the hardware components together and thus if it is damaged, you must use the following Macbook Logic Board Repair Tools listed below to repair your Macbook’s logic board or the motherboard.

Usual Causes Of Logic Board Failure

MacBook Logic Board Repair Tool kit is a hand tool that is used for ‘Soldering’. The Soldering Iron applies heat that melts the solder, which is a metal alloy used to create a permanent bond between metal pieces, and separate the two pieces from each other. A soldering iron consists of a heated metal tip and an insulated handle. The heating is done usually by passing an electric current. This hand tool is commonly used for installation, repairs, and limited production work in electronics assembly. This is one of the most important Macbook Logic Board Repair tools that you must have.

The tip of the soldering iron is the most important part since this is the portion that applies heat and melts the solder. It is, therefore, an important component of a MacBook logic board repair tool and thus should be chosen very carefully as a wrong Tip will harm your logic board. Most soldering irons for electronics have interchangeable tips called ‘Bits’ and preferred ‘Bits’ should be used as per requirement.

A Micro Soldering iron comes with a tip that is highly pointed and is of a much thinner dimension for repairing tiny parts of any device under the microscope. When it comes to a Macbook’s logic board there are many microscopic internal components that need to be worked on. Using a micro-soldering tip can help you accomplish this task thereby making it one of the most important Macbook logic board or motherboard repair tools.

A solder paste or a solder cream is a mixture of finely powdered ‘Solder’ metal in the form of minute solder spheres and solder flux. It is used in the logic board or the PCB to connect components to the Printed Circuit board. The components are surface mounted or in simple words, directly mounted to the board. While it holds all the components in place, melting it forms a mechanical bond and an electrical connection. The paste is applied to the board and then the components are put in place by hand. A solder paste is thus one of the most useful Macbook logic board or motherboard repair tools.

A Hot Air Station is another important component involved with the soldering process. A Hot Air Station or the Hot Air Gun is a heating device that is used to melt solder. This device is used to apply heat and once the solder melts and the components become loose they could be then picked up and positioned as per requirement. This is another important Macbook Logic Board Repair tool.

As we know, a microscope is an optical instrument used for viewing tiny objects. This is thus one of the most important devices among all the Macbook Logic Board or motherboard Repair Tools as without it repairing the smaller components of the logic board would be difficult.

As mentioned in the previous section, a Microscope is the most important tool for repairing a logic board or a motherboard. However, no matter how powerful a microscope is it would be rendered useless without proper lighting. Having a microscope with a properly installed LED light is important for seeing tiny components clearly even in a low light condition. 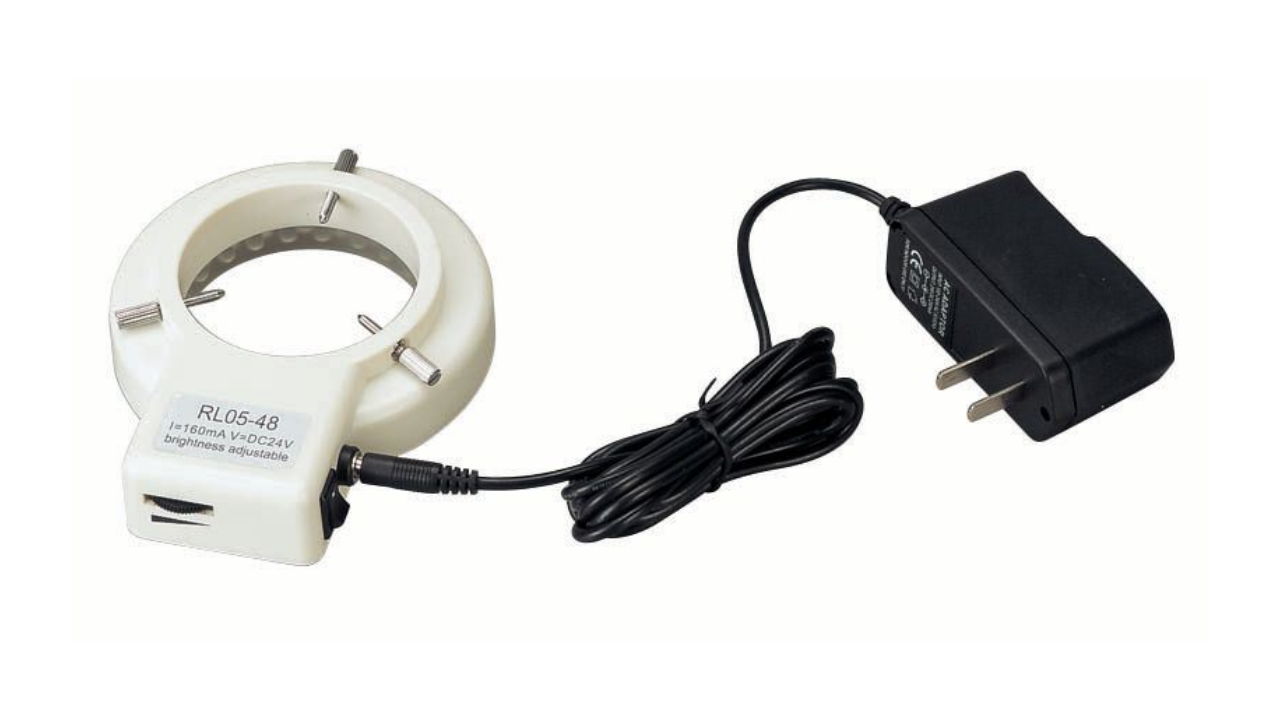 A flux or a soldering flux is one crucial component among all the Macbook Logic Board Repair tools as it plays an important role in cleaning during the soldering process. Soldering is a process whereby similar or dissimilar metals are joined using a soldering alloy that typically includes tin combined with silver, lead, copper, antimony, bismuth, indium, or other alloys. Flux is used to clean the base or surface metals of oxides before and during the soldering process.

When dealing with the logic board, the technician has to work with many tiny components that he will pick or attach to the motherboard during the repairing process. This is thus a place where Tweezers comes into play. These are small sharp tools that help pick up small objects that a normal human finger can’t pick up. Thus one must always use tweezers as an important Macbook Logic board repair tool. 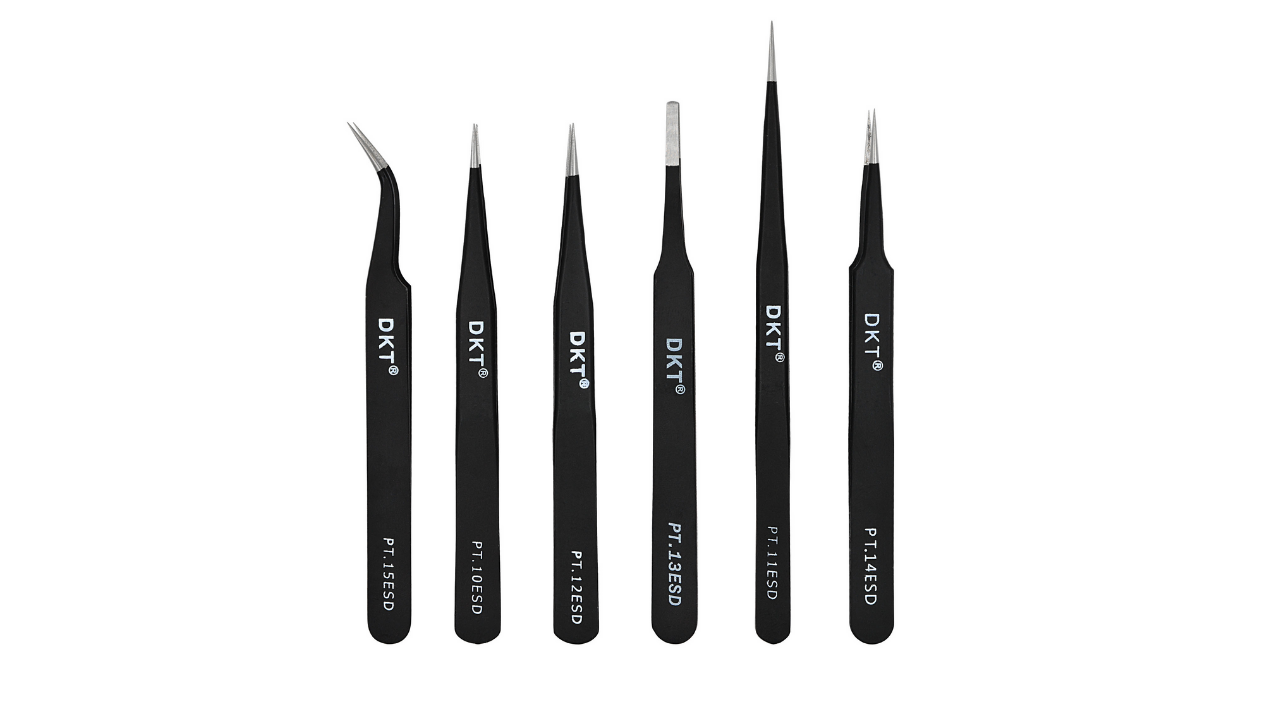 Also known as a multitester, and On-screen multimeter is a piece of measuring equipment that combines several measurement functions in one unit. A typical multimeter can measure voltage, current, and resistance. It is thus one important piece of equipment in the category of Macbook Logic board or motherboard repair tools.

A Multimeter in itself is useless without its Probes, which usually comes in two colors, Red and Black. While the red Probe uses the color to denote Positive charge, black denoted Negative charge. These probes are used for connecting the multimeter to the circuit or the device under test. 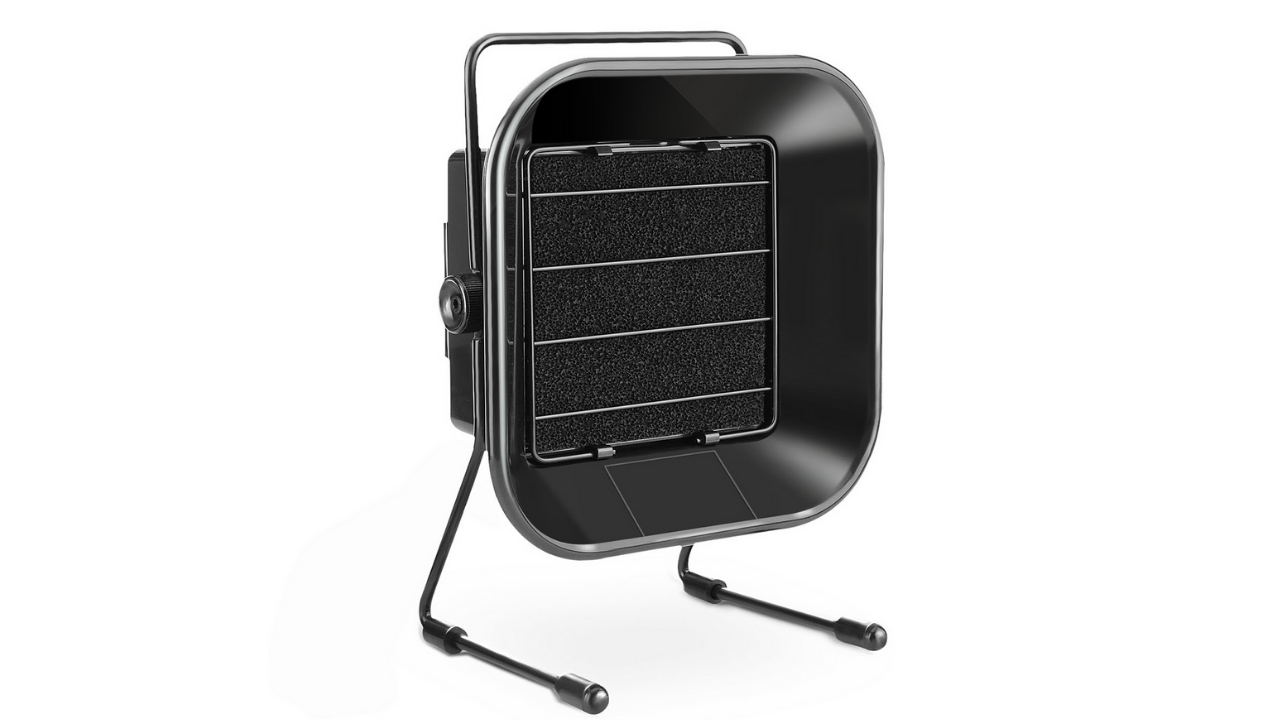 This is one of the key elements that falls under the genre of the Macbook Logic Board Repair tools. Solder is a low melting alloy, composed of a mixture of tin and lead usually. However, when it comes to having a solder for higher temperatures, it is often a mixture of brass or silver. The Soldier is used for joining metals. It is an effective adhesive that joins two objects permanently until heat is applied. This is the sole component responsible for designing the logic board by surface mounting the internal components. It is thus the most important Macbook Logic Board Repair tool. 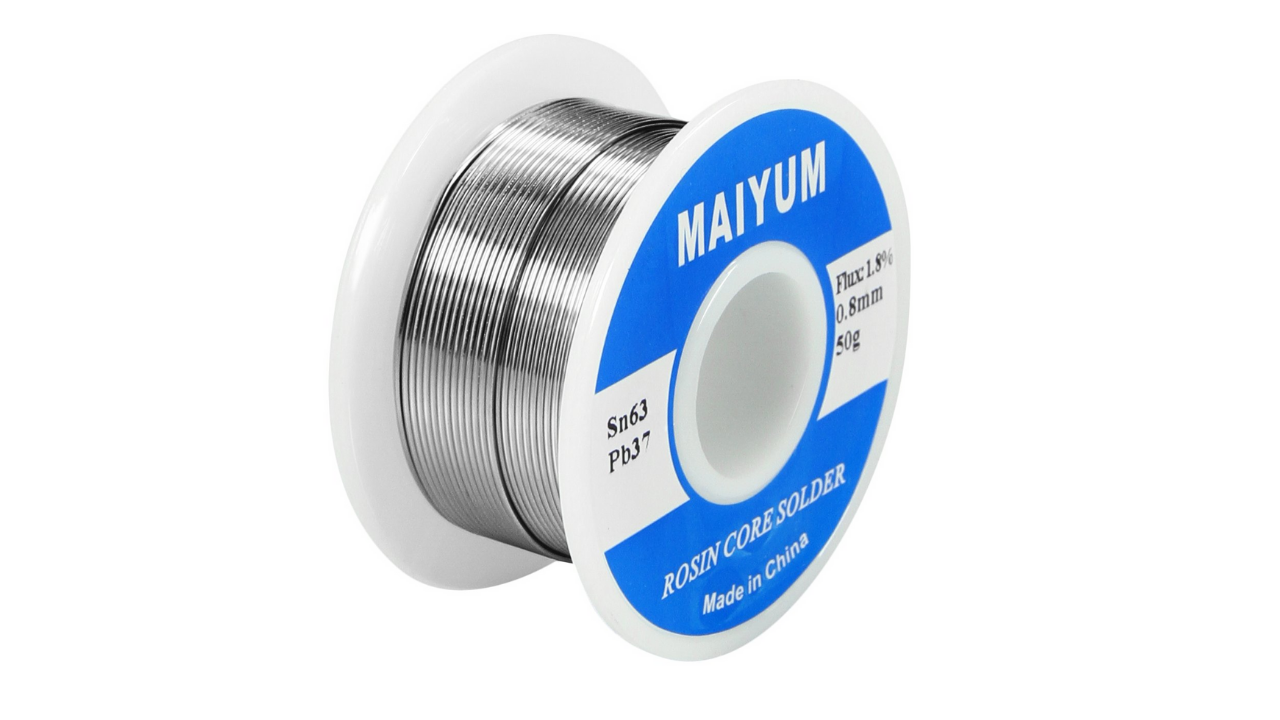 Often the problem with the logic board occurs due to Corrosion and dirt in the logic board, here thus comes the work of the Ultrasonic cleaners which can clean even the smallest of the dirt particles by using ultrasonic sound waves. Once applied these high-frequency waves can easily remove the unwanted particles and thus will clean the logic board effectively.

Any good technician will have the habit to clean the MacBook he repaired in and out. This is not just to make it look like a new device but to ensure all the dust and moisture are wiped off the device so that it won’t harm the machine again. Thus it is important that you always keep a cleaner handy and when you repair a MacBook logic board. 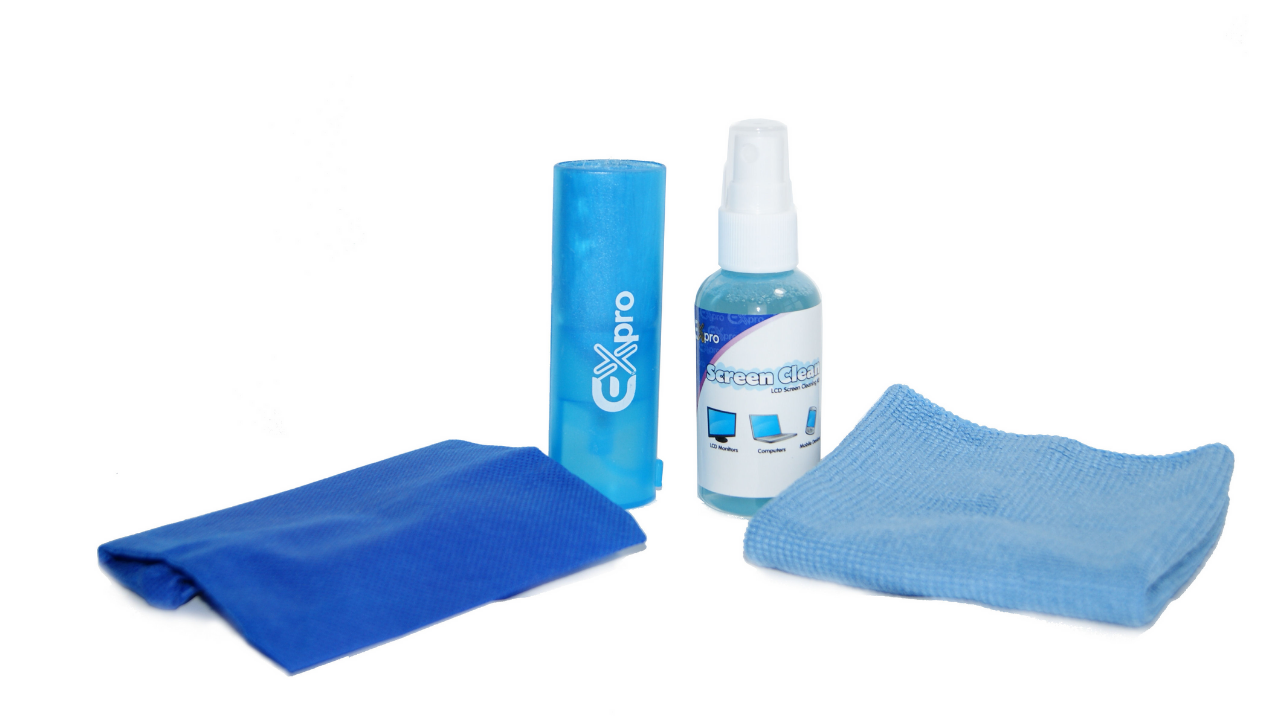 The jumper wire is simply a conducting wire that establishes an electrical connection between two points in a circuit. These wires can be used for modifying a circuit or to diagnose problems in a circuit. Among the type of Jumper Wires, the size of the connector pin or holes determines what should be the thickness of the wire. A thin jumper wire should be used for thin connector pins. 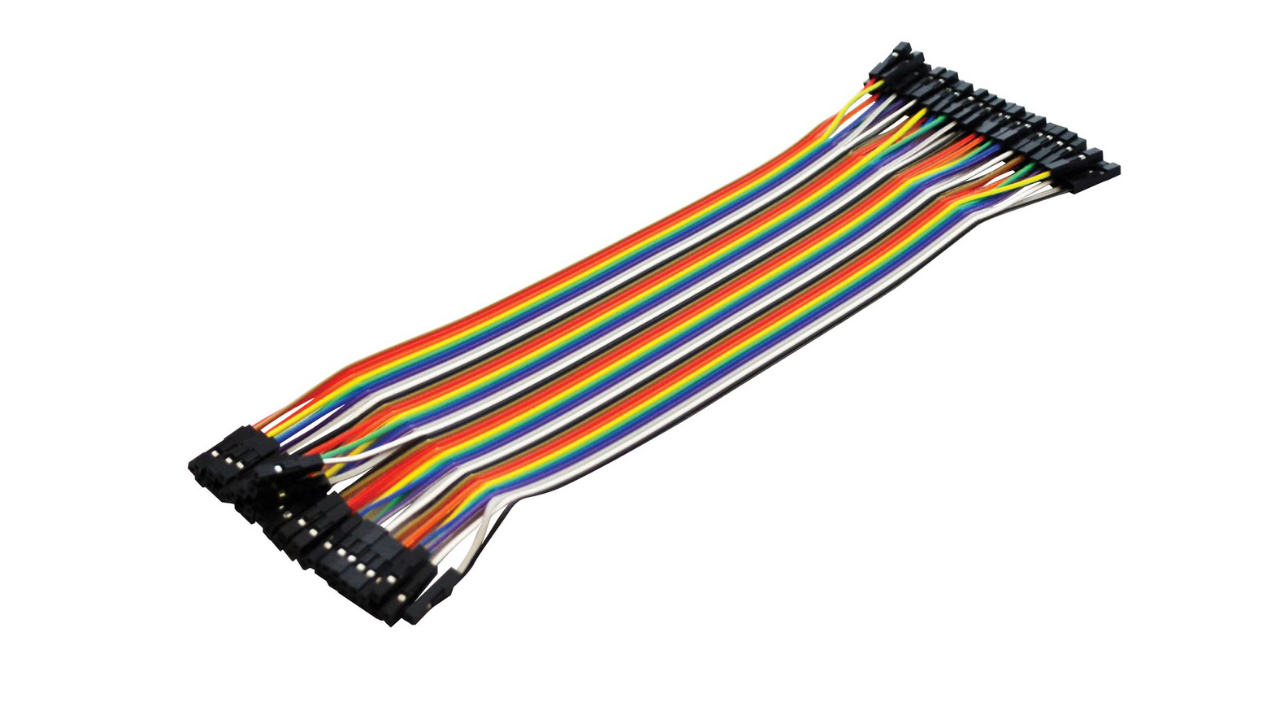 The jumper wire is simply a conducting wire that establishes an electrical connection between two points in a circuit. These wires can be used for modifying a circuit or to diagnose problems in a circuit. Among the type of Jumper Wires, the size of the connector pin or holes determines what should be the thickness of the wire. A thick jumper wire should be used for thick connector pins.

Although many technicians don’t follow this rule they should always wear gloves while repairing not only MacBook but any electronic device. Doing a repairing job with bare hands can be seriously hazardous to health since the technician’s skin would be exposed to many harmful chemicals which when absorbed by the skin will seriously affect the health. In this context, Nitrile gloves are most effective since they are puncture free and so your hand would be completely covered. Although not a tool per se but gloves are important when it comes to talking about the category of the MacBook logic board repair tools 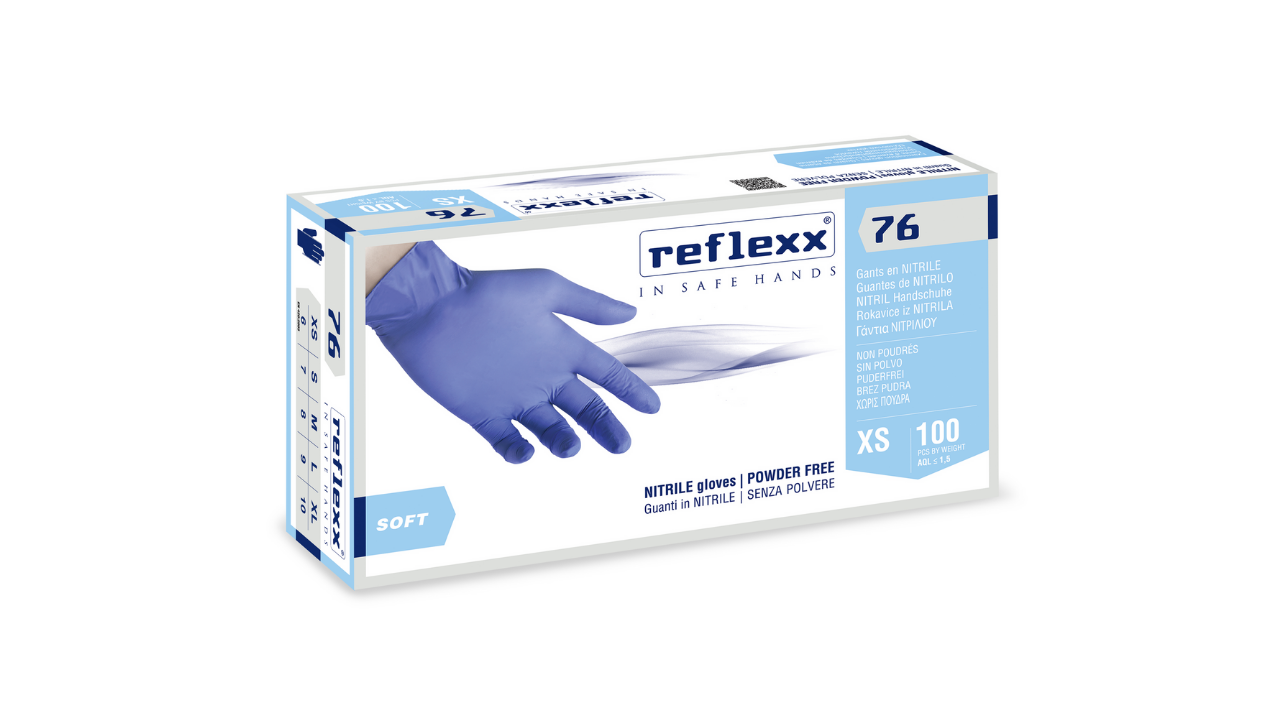 A Bench PSU or a Bench Top Power Supply unit is a power supply unit that is mandatory not only in case of MacBook repair but in any electronic device repair. This is one of the most important MacBook logic board repair tools which helps in the use of other tools like the soldering iron and a handheld multimeter. When repairing a device testing is most important and since testing properly requires a variety of voltages and currents so a high-performance adjustable bench power supply is required.

Note: If you are looking for MacBook Repair Anywhere In India, you can get help from Techyuga.

This is thus the list of the most important Macbook logic board or motherboard repair tools that any technician should have in his possession for getting the best results from his repair. At Techyuga we have the biggest collection of repair tools for your MacBook or we also provide information about How to repair MacBook motherboard.

Reasons Why You Should Never Buy iPhone Insurance

How to Fix ERR_CACHE_MISS Error in Google Chrome