Are you tired of handling your slow iPhone that takes a lot of time to run apps or browsers? Here is something to help you about How to speed up a slow iPhone ( iPhone 3GS, iPhone 4, iPhone 4S, iPhone 5, iPhone 5c, iPhone 5s  iPhone 6s iPhone X running iOS 6, iOS 7, iOS 8 or iOS 9 or iOs 12.2 ) after iOS 10 upgrade yes people are asking this question because this issue is turning into a menace for iOS users. Here we will tell you why iPhone slows down and how to make it fast:It’s been a great year for Apple iPhones, they got their new sibling Apple iPhone 7 & 7s and also a good year for iOS lovers all around the world because Apple launched Apple iOS 10. But is it really a good year for those who installed iOS 10 on their Apple iPhone 5S or 6 or 6S, unfortunately, it is not because many people have started complaining that iOS 10 is making their iPhone slow which is familiar as Apple iPhone slowing down the issue.

How to speed up apple iPhone after iOS 12.2 upgrade

Why iOS 10.1.1 is slowing down all the apple iPhones

This year after the iOS 10 upgrade apple got many complaints from iPhone users that the phone is more sluggish and laggy.

The reason is when the phone the upgrade initiated-

That was fixed by Apple, which sent out a statement addressing the worries and reassuring everyone that had been fixed.

But all of that work is done on the phone because Apple doesn’t want the privacy implications for sending them up into the cloud. That does mean however that your phone needs to take some time out to make the most of its processing power and work everything out.

These are the two main reasons for lagging after the iOS-10 update and it is not lagging some people are also facing the heating issue or battery draining issues as well after the update. Not only this also animation lagging and response time lagging issues have been reported by several people after the iOS 10 upgrade.

Speed Up A Slow iPhone

Now after you know why your iPhone is getting slow after the upgrade let us discuss how you actually can speed up the iOS on your iPhone.

Power off the iPhone:

Turn off your iPhone because what happens maybe you are using many apps and maybe temporarily you are shutting them down but it is still eating up the phone CPU so turn off the phone for a while at least once in a day this will speed up the iOS 10 and also extended the life of iPhone battery longevity. Speed Up A Slow iPhone, let the device take a rest by turning it off and then restarting it. Sometimes, you may need a force restart if your device is not responding. To start a force restart, just press and hold both of “Sleep” and “Home” buttons for at least 10 seconds until the Apple logo appears. 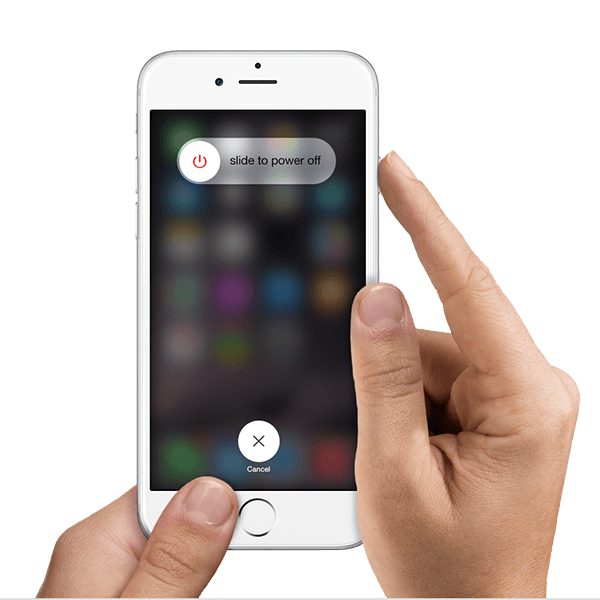 Sometimes it could happen that your iOS 10 is slow because of a bad network connection or because of the network settings configured are incorrect. In this case, data downloading from the Internet requires more time so that your apps, such as Safari, could run very slowly.

If you are facing this kind of issue then just reconnect to Wi-Fi or you can reset Network Setting or reset all settings (It won’t delete any data on your iPhone, iPad or iPod touch).

To reset network settings or all settings, just go to Settings > General > Reset. 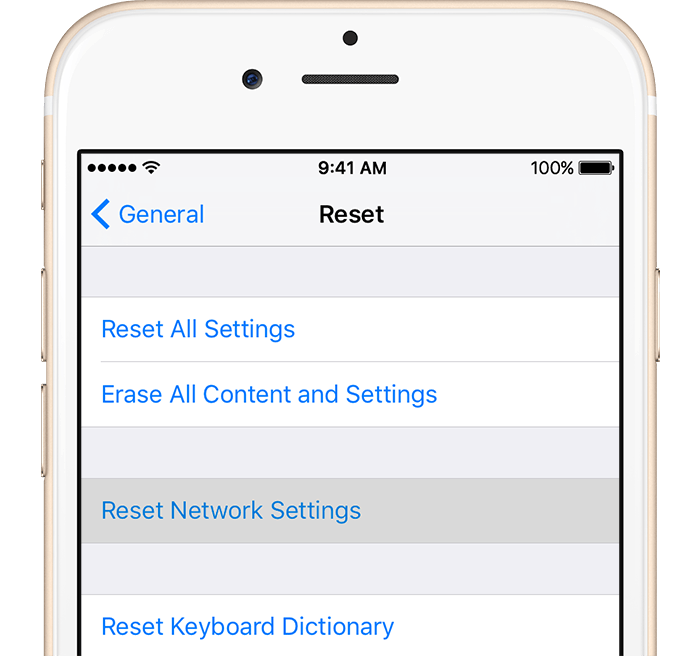 Sometimes apps may work slowly, this will happen if the apps are not up to date on your iPhone because many apps will stop working on iOS 10 or will work very slowly. So you should update these kinds of apps to be latest after their new versions come out. Of course, you can delete some useless apps to free up space, which is also helpful to make your iOS run fast as the flash.

There are various methods in which you can free up space on your iPhone, this is necessary to Speed Up A Slow iPhone,iPad or iPod touch. You can delete photos, songs and videos after backing up them or remove the huge app documents and data. In addition, you can even use professional iOS cleaning tool to seek and delete junk files on your device.

When you run apps in iOS 10, temporary files will be generated to make your system run smoothly. Although some of these files can be automatically released, apps may still run slowly or even crash/freeze in iOS 10 if your device has almost no storage to store these temporary files.

One of the great things to do to Speed Up A Slow iPhone and potentially one of the worst, is the fact that Apple has introduced a system that now puts widgets front and center. Well that is a pretty good thing and at the same time bad also, Widgets are now everywhere, the Lock screen, the Home screen, the Spotlight area, Notifications area – It might be helpful but unfortunately, having a lot of active widgets at a time can cause overloading issues for RAM, especially on older devices. Swipe towards right to get to the left on most pages of the Home screen, scroll down to the bottom of the widgets section, and select Edit to remove any widgets that aren’t needed. 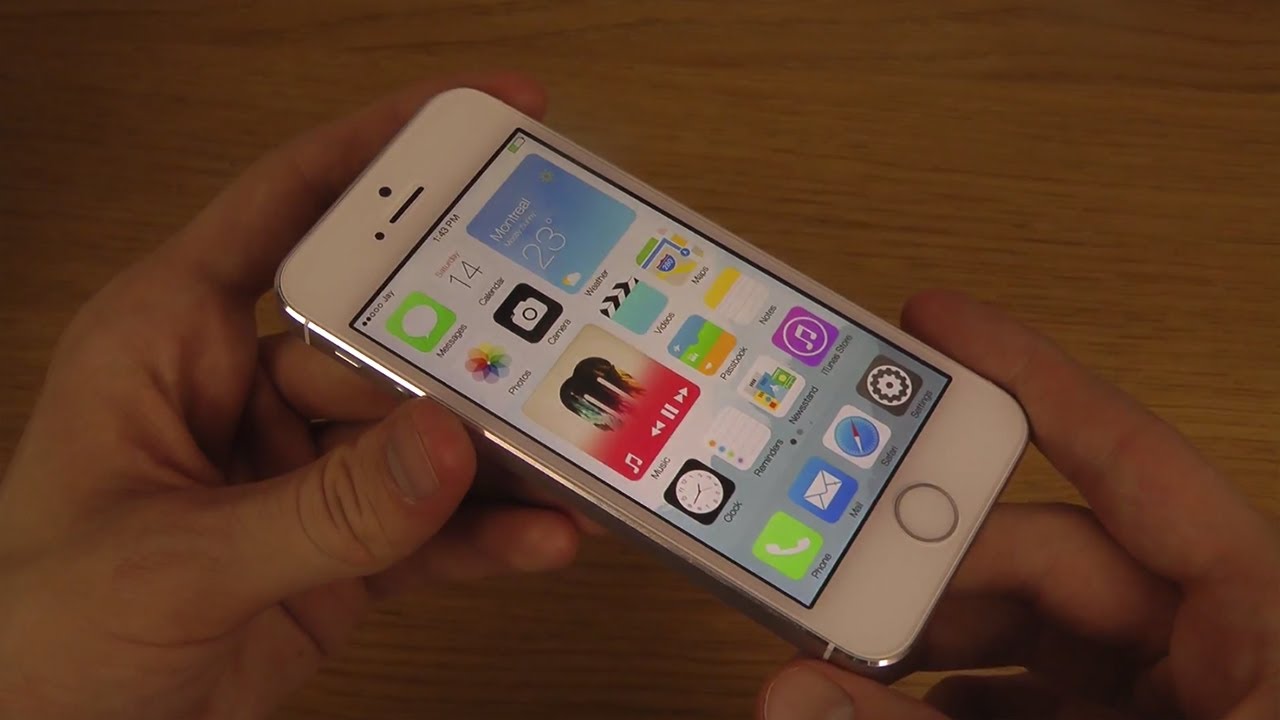 One of the most important features that a lot of modern apps rely on and use is the ability to track the location of the device that’s being used. This is fantastic if you need that functionality in an app, but there are instances where some apps request and get location privileges, but it isn’t actually required for the apps to function. It’s a good idea to head into Location Services and turn off privileges for the apps that you don’t need it turned on for. You can do that by heading into Settings > Privacy > Location Services. 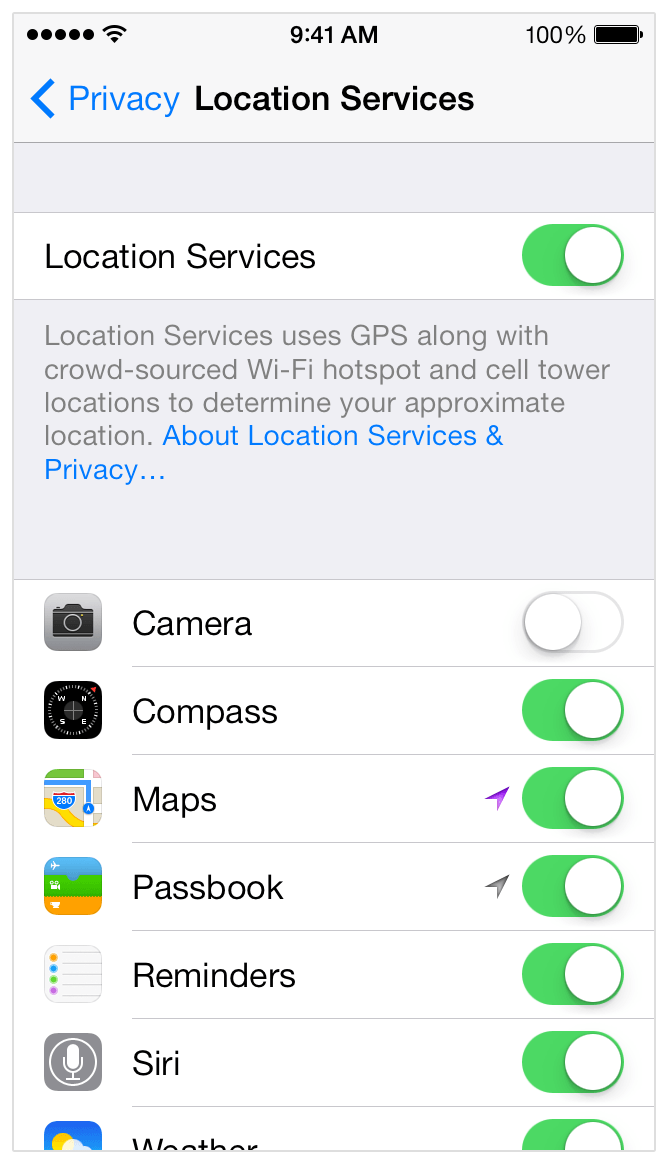 Spotlight Search is a great little feature for users who regularly want to use Spotlight to quickly search for apps or content within apps, such as searching for WhatsApp or for an email within the Mail app. However, it does use system resources and can cause performance issues.To Speed Up A Slow iPhone you should head to Settings > General > Spotlight and turn off Spotlight Search for the apps that you don’t want iOS to index. 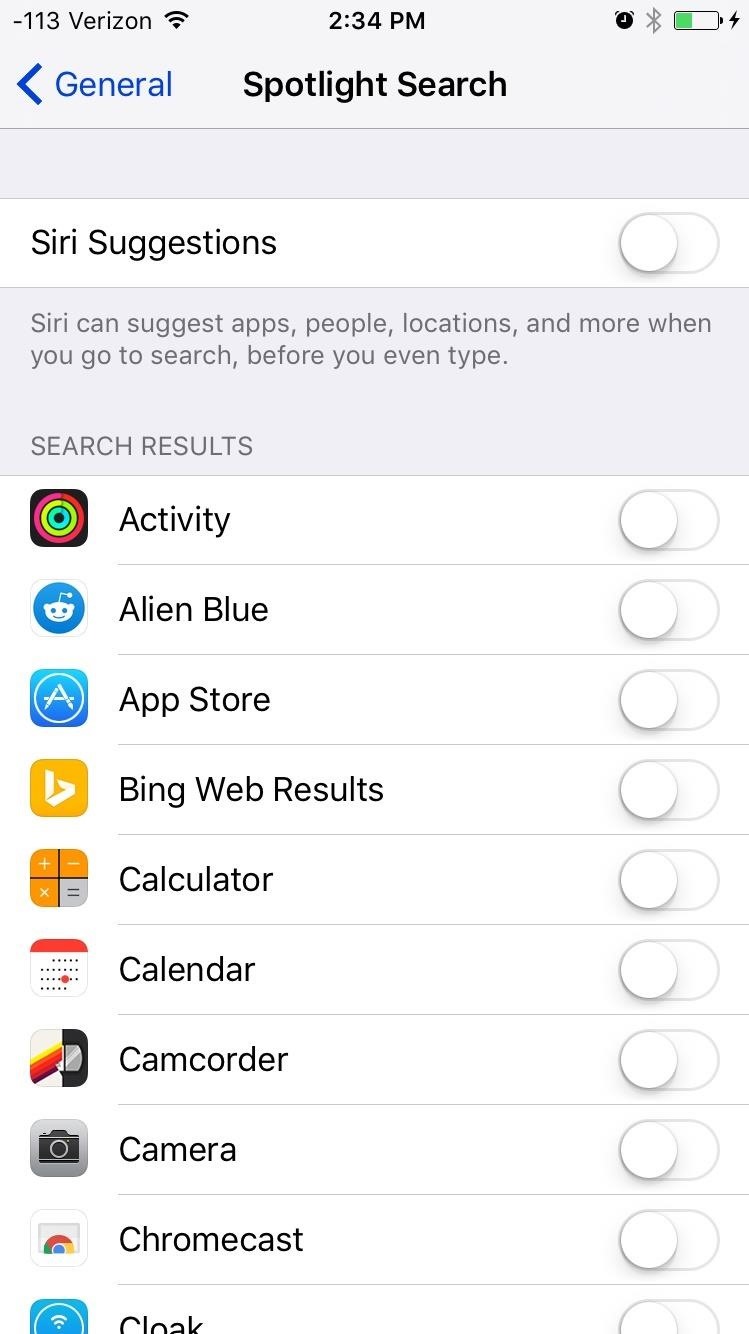 We have thoroughly liked this feature on iOS 10. The new raise to wake feature only works with the iPhones that have the updated motion-co-processor. But it only works when triggered by moving the iPhone where it does end up pressurizing performance of your device.

If you are having problems with battery life on your older iPhone, you may want to try disabling this feature to see if it helps your iPhone.

In order to Disable the Raise to Wake feature, Tap on Settings > Display and Brightness > and turn off the switch next to Raise to Wake Setting. This is a must to rescue and Speed Up A Slow iPhone. 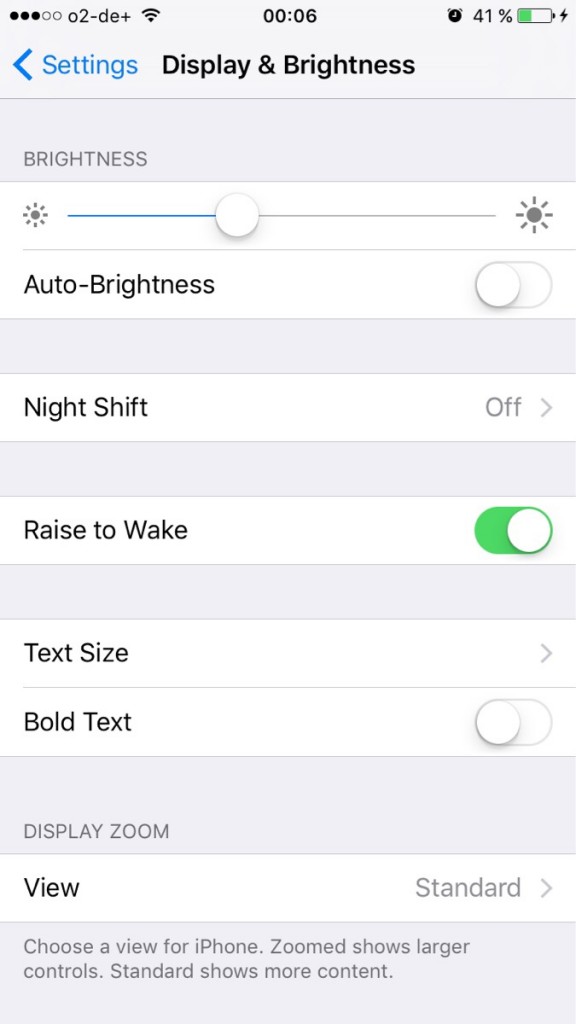 Now to Speed Up A Slow iPhone, you can reduce “Motion” and “Transparency” effects, or turn off “Background App Refresh” and “Auto-Update”, which are also said to be helpful to preserve battery life. 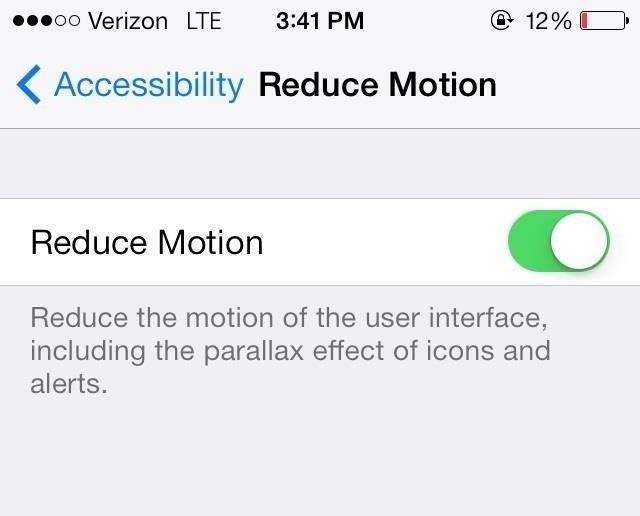 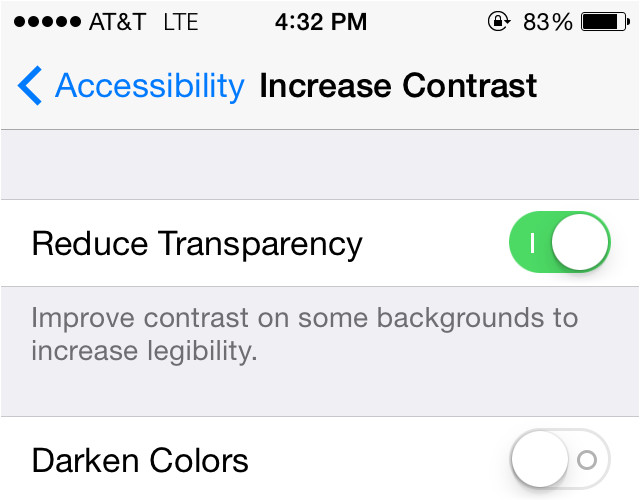 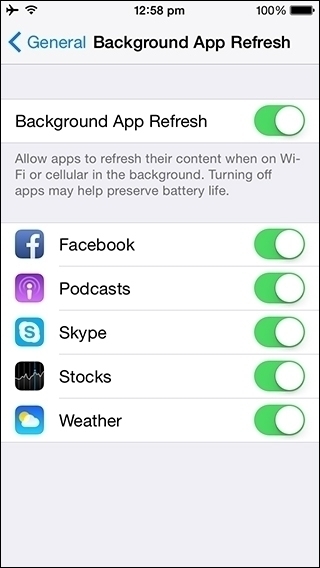 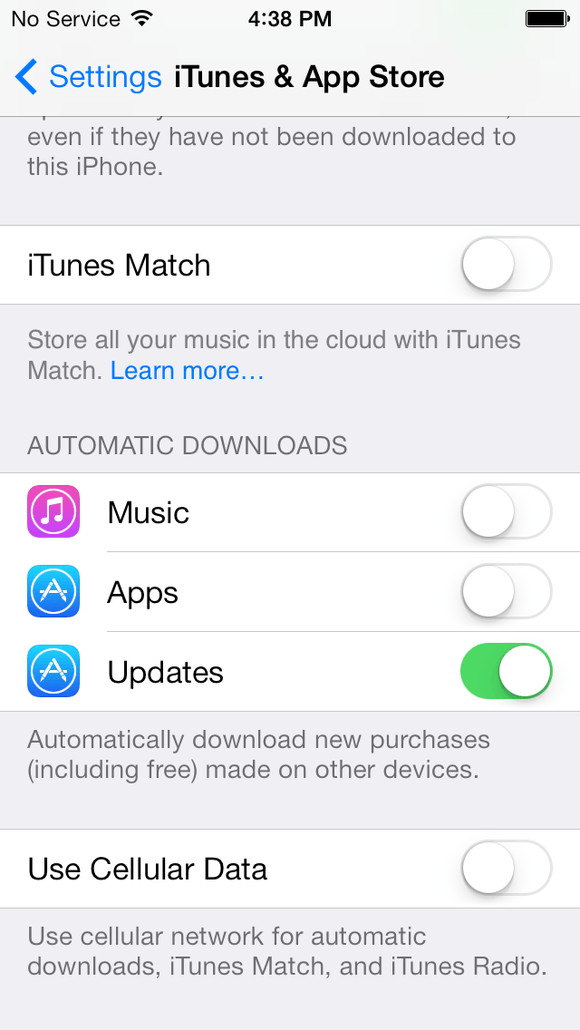 Hope this blog has helped you to Speed Up A Slow iPhone, For any sort of help regarding iPhone issues or iPhone repair call us at 9088888835, Techyuga is the best Apple iPhone repair center in India, or directly Book A Technician below

You can only book technicians for iPhone repair in India area. However, if you want us to fix your iPhones you can send us your device via courier service. For more information, please live chat with our support engineers or call 9088888835 now.

How To Download WatchOS 9 And Install It On Your Apple Watch?