How To Speed Up My WiFi Connection

A lot of people ask us one common question, “How do I speed up my wifi connection”. There are a lot of factors involved when it comes to your internet connection. But there are a few steps you can take to ensure better, stronger Wi-Fi throughout your house, many of which won’t cost you a dime., and you could see improvements in just a few minutes. In this tutorial, we are going to show you how to speed up your wifi connection with few simple tweaks.

How To Speed Up My WiFi Connection 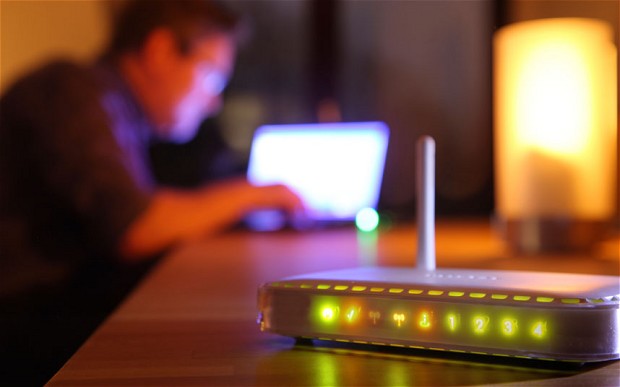 The position of the router in your home matters a great deal. If you have the router placed in far corners of your home(Just because routers are ugly), chances are, you get spotty (or no) signal on the other end of the house.

The ideal location of a router is as close to the center of your home as possible, in an open area, away from other electronics, with maximized visibility. The more walls, doors, and other obstructions near your router, the higher the chance of something interfering with your signal.

It’s also better to keep the router higher. Routers tend to spread signal downward, so if it’s resting low or on the floor, you’re not maximizing your coverage. 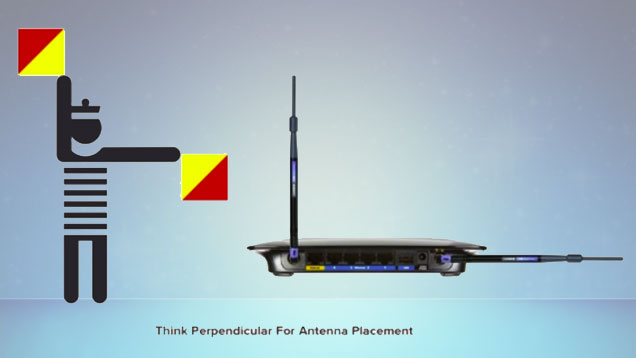 Routers come with one of two types of antennas, internal or external. If your router has two external antennas, try positioning them perpendicular to one another — one pointing vertically and the other positioned horizontally.

Reception between the router and your device is maximized when the receiver and transmitter are operating along the same plane, explains Alf Watt, a former Apple Wi-Fi engineer. Some devices have vertical antennas, others have horizontal. Having two antennas positioned perpendicularly ensures that the wireless reception is maximized.

If your router has only one antenna or an internal antenna, it will take some trial and error. Try either positioning the antenna (or the entire router) vertically and horizontally to see if one way works better than the other. 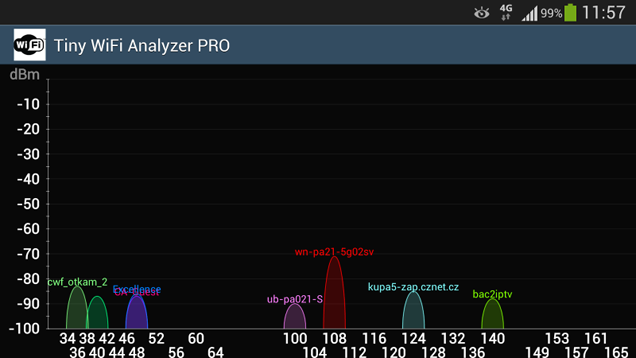 If you have neighbors, their routers may be interfering with yours and causing the signal to degrade. Wireless routers can operate on a number of different channels, and you want yours on a channel with as little interference as possible. Use a tool like Wi-Fi Stumbler or Wi-Fi Analyzer to find the perfect channel in your house.

Wi-Fi Analyzer can scan nearby wireless access points and show which spot has the best signal and least traffic. That’s neat on its own, but the free app can also help you boost your home wireless network. Wi-Fi Analyzer does a pretty nifty job of offering up intriguing views of your Wi-Fi connection. 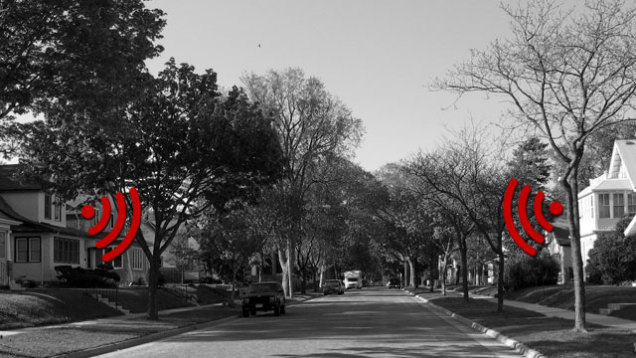 It may sound pretty obvious to some, but plenty of networks are left open and unsecured. Not only is this a potential threat to users of that network, it can also cause dramatic slowdowns, thanks to users who leech off open networks and hog bandwidth by streaming videos or downloading large files.

Log in to your router’s admin page by navigating to the router’s IP address in a Web browser, then using the default credentials to sign in. This varies by brand, but it’s generally very easy to find, often on the bottom of the router itself or in the product manual. Choose WPA2 as the encryption method and select a passphrase — something you can easily remember.

5. Keep it away from electronic devices: 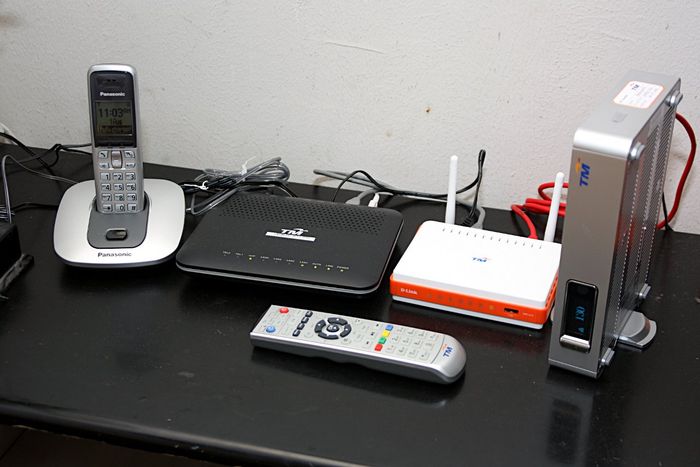 All sorts of electronic devices can interfere with your router’s signal: microwaves, TVs, cordless phones — essentially, anything that generates an electromagnetic signal or has a motor. This is why sandwiching it between home entertainment components, beneath your TV, is not a good idea. In general, keep it away from other electronics.

Large metal objects (like mirrors or filing cabinets) and water (like, say, a fish tank) can also block the signal, and should be avoided. 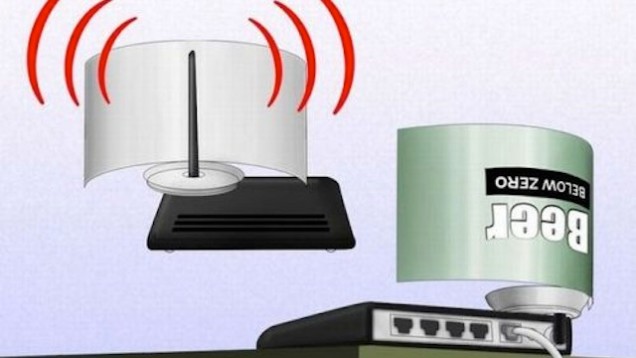 If your router still won’t reach far enough, you can extend its range with simple DIY tricks. You can use an old beer can or a cooking strainer to extend your router’s range. The results won’t necessarily be mind blowing, but you should be able to eke a bit more distance out of your Wi-Fi network with minimal effort. 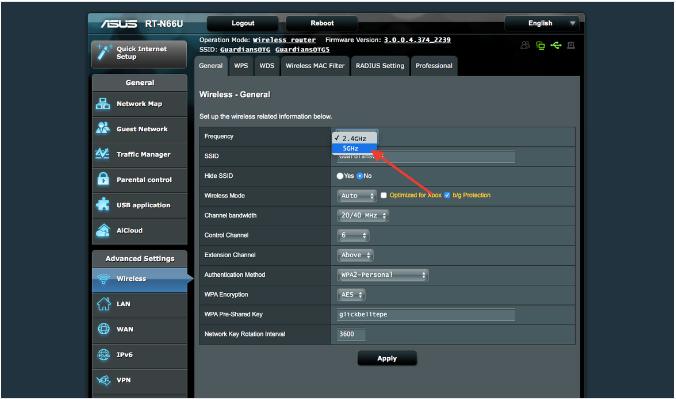 A problem you may not have previously considered is the frequency your router operates on. If you simply pulled it out of the box, installed it and never looked back, you probably grazed over the dropdown box that let you choose between 2.4GHz and 5GHz.

If you have a ton of electronics in your home, the 2.4GHz spectrum can get pretty crowded. A former colleague at Pocketnow, Joe Levi, explains that Bluetooth devices, wireless peripherals and even some microwaves cause a lot of noise in the 2.4GHz spectrum.

To cut down on the noise and drop-offs, consider switching your router to 5GHz in the administrator panel. If the option for both 2.4GHz and 5GHz is there, opt for that.

8. Set Your Router to Reboot on a Schedule: 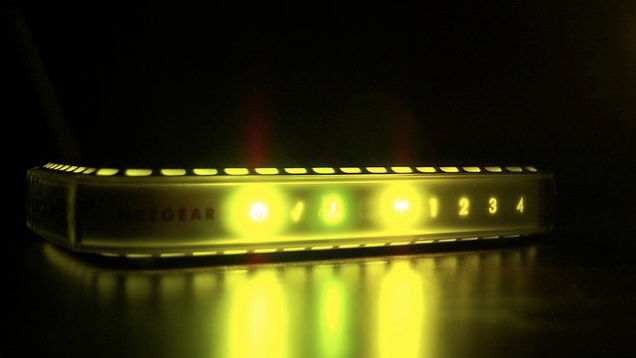 If you’re one of the many folks that has to reboot their router every so often so it doesn’t drop out, there is a solution. You can run a few tests to make sure the problem isn’t caused by heat, old firmware, or excess downloading, but an easy way to solve the problem is just automatically reboot it once a day or so. You can do this with DD-WRT or just a regular old outlet timer. When you’re done, you shouldn’t have to reboot your router so often (which is great if your router’s all the way up in the attic).

9. Turn an Old Router Into a Wi-Fi Repeater:

Powerline network adapters are almost always the better option to extend your wireless network’s reach. However, they won’t work across separate circuits.

When you need to extend your network and power line network adapters won’t do, the next best option is to put your old router to use and turn it into a wireless bridge. This is rather involved and will usually require you to install custom firmware on your router. Not to mention, the network speeds will be dramatically cut. But it might be the only way — short of running a wire — to get Wi-Fi on the outer limits or your property. 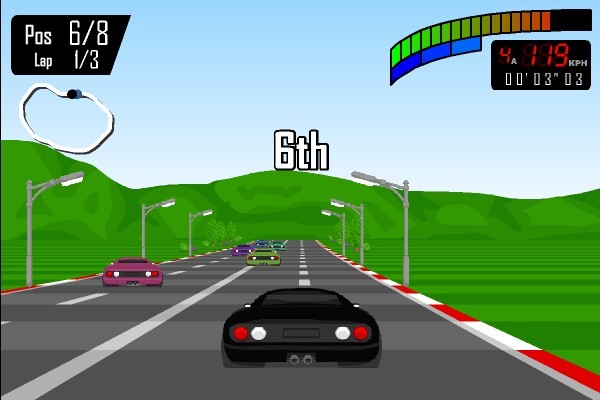 If someone in your house regularly video chats, plays online games, torrents files, or uses services like Netflix, they may be hogging bandwidth and making the internet slower for everyone else. Luckily, you can use something called Quality of Service—or QoS for short—to reign in those bandwidth hogs. With QoS, you can prioritize certain applications (say, video chat) over others (like video games) so the most important applications get the bandwidth they deserve.

For more info, check out Lifehacker’s full guide to setting up QoS on your router.

11. Try to put your router in a room where you often use the internet:

Regardless of where you put your router, the signal will be strongest in the room it’s in. So ideally, you can put it in a spot that’s relatively near the center of your house and a room in which you actually use wifi-connected devices.

12. Use a less crowded channel: 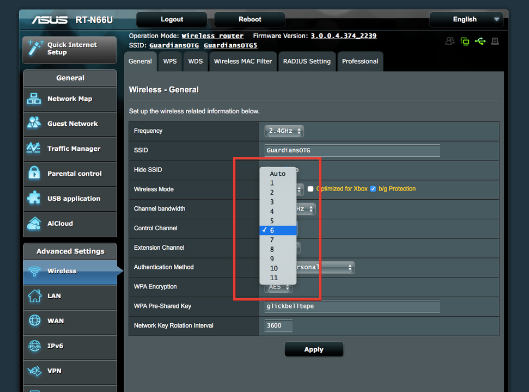 If you live in a crowded neighborhood or in an apartment and share a lot of the same signal space with your neighbors, choosing the right channel can cut down on interference and help speed things up a bit.

For starters, channels 1, 6 and 11 are most frequently used in the 2.4GHz spectrum, as they are the only three channels that do not overlap one another. If you’ve switched to 5GHz, you have whole host of channels to choose from. The selection of channels varies by model.

You can use an application like Wifi Analyzer on Android or WifiInfoView on Windows to analyze the nearby wireless signals and see which channels are being used the most. Mac has this functionality built in. Simply hold option and click the Wi-Fi icon in the menu bar, then select Open Wireless Diagnostics.

It’s worth noting that many newer routers will automatically choose the least crowded channel upon rebooting, so pulling the plug may also switch the channel to a less crowded one.

13. Use the Latest Wi-Fi Technologies:

One of the best ways to make sure your network is as fast and reliable as possible is to use up-to-date hardware. The main thing you need to know: Wireless A, B, and G are old and slow, and wireless N (and the even newer wireless AC) will give you the fastest speeds around. Note that you’ll need both a wireless N router and a wireless N card in your computer if you want the full speed boost.

If you’re still experiencing network problems that weren’t solved by any of these free fixes, upgrading to a new router can make a huge difference, as the technology used to broadcast signals has changed a lot over the years.

You might also try upgrading your current router with a more powerful antenna, though only some routers will let you do this.

15. Make sure your Internet service provider isn’t the problem: 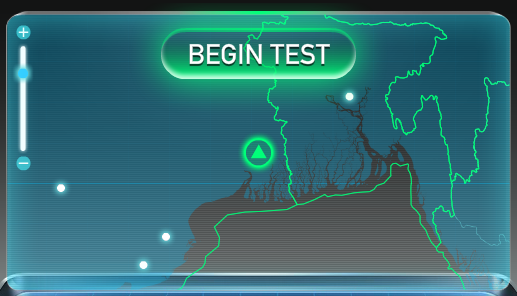 It’s not very difficult to figure out if your router is the problem or your service provider. Just do a quick speed test under these two conditions: over the Wi-Fi, and with your computer plugged directly into the router via an Ethernet cord. If they’re both slow then your ISP is the problem; if the Wi-Fi is slow then you need to get your router fixed.

If it’s any other issue, We can usually help diagnose the problem and deploy a fix. Unlike your ISP, we don’t ask for a huge expanse and often do it for you for free. You just have to schedule an appointment with one of our network specialist and we will do the rest.

98 GOOGLE TRICKS YOU WISH YOU KNEW BEFORE

How To Install Remix OS On PC