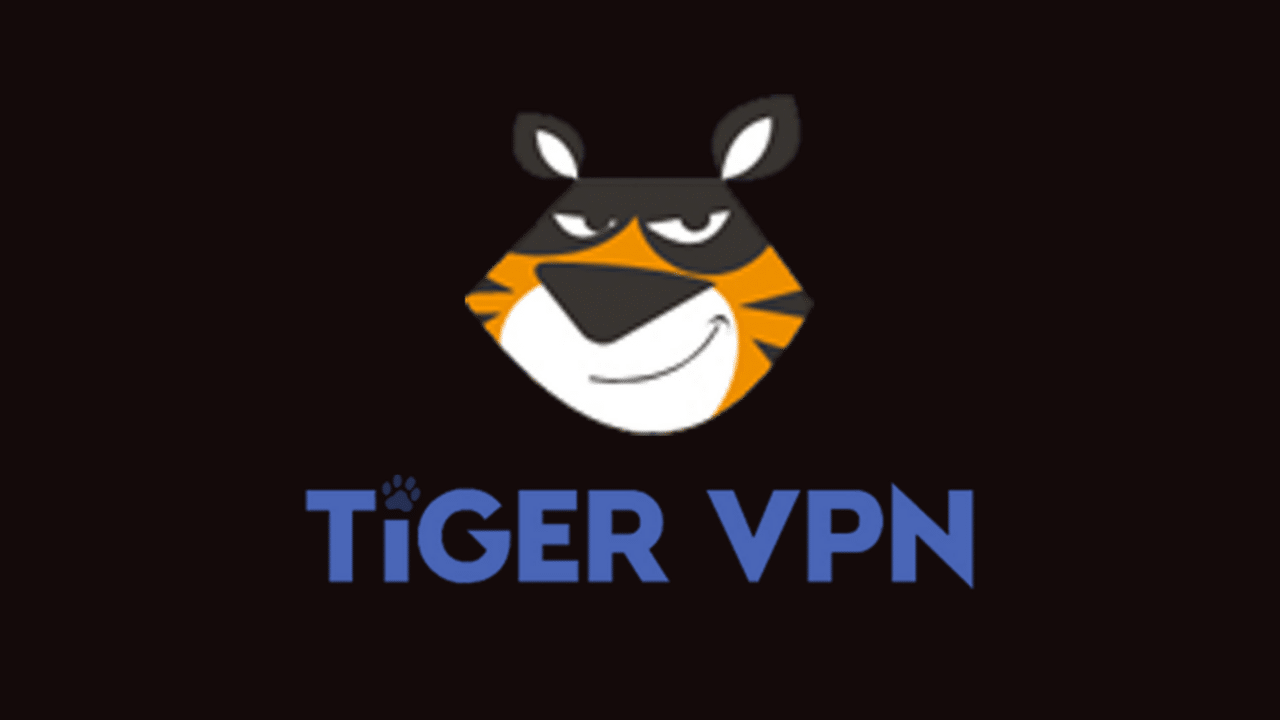 TigerVPN was founded in 2011 in Slovakia. It was created by Tiger at Work & Co. around six years ago.
It prides themselves on having amazing usability. But many questions that arise here are whether they
are private and secure or are their servers are fast enough or are they well encrypted?

The Tiger VPN website has an amazing illustration of art on their homepage. The tiger mascot is the
recurring theme across all pages of the site which proves that the company values their
appearance and brand image a lot. Its homepage is clean, neat, simple, and easy to navigate.
Interestingly, the company donates 2% of its profits to NGO’s that care for animals. Which is
pretty unique and special for a VPN service. So if you’re looking for a socially conscious VPN
provider or you’re a huge animal lover, this is the best one for you. They also explain exactly
why they are called “TigerVPN.” They claim to help animal shelters, fund sterilization programs
and pay for adoption ads. So, we can gladly mention in this TigerVPN Review that the TigerVPN is all
for a good cause. But, you might feel how well does it perform at its sole purpose or whether it
provides a well-encrypted network to keep your information safe? And can you access Netflix and other
streaming sites with TigerVPN? Or how much is it effective in China. “With native apps for Windows,
Mac, iOS, and Android, TigerVPN makes it easy to keep your browsing history under wraps. The platform
reroutes your data via masking servers so that  no-one can trace your IP address or location.” However,
since TigerVPN is located in Slovakia, the company and its servers are subject to a few informal challenges.
Slovakia is relatively free of censorship, but there is a lack of a legal framework for websites to be completely
private or free to express views that may challenge the government. Basically, the government can ban
content that it finds questionable or defamatory.

So, At first sight, TigerVPN appears to be pretty good in this TigerVPN Review. However, later you might
actually start questioning whether it’s really worth the money. Now let’s study TigerVPN in-depth in this
TigerVPN review and check whether it is a value for money or should you avoid it.

Also Check Our VPN Section Where You will find  Lot’s Of Other Best VPN.

One of the first things that TigerVPN mentions in its website is military-grade
encryption, no logs, and strong protection.
They also have native apps for all of your devices, so you can rest assured that this VPN
will work no matter the device you’re downloading it on.
Ease of use is much guaranteed since the apps are made with each operating system in
mind.
Service supported devices-TigerVPN’s service supports these devices and operating systems
like PC, Mac, iPhone, Android.
TigerVPN works simultaneously on two to five devices. You’ll get access to two devices on the
monthly plan. This number increases up to five with the yearly plan. This is a bit of a strange
way to break up pricing and features, but it gives you a greater incentive to commit to TigerVPN
over a long period of time. You can connect TigerVPN to the following kinds of routers:
Linksys e2000 (Tomato by Shippy version 1.28)
DD-WRT
This VPN provides 300 servers in 43 countries. That number puts them about mid-range with
the other VPN providers. Some might only offer a dozen or so, while others, like CyberGhost &
ExpressVPN, offer thousands. So TigerVPN is somewhere in the middle.
TigerVPN also offers a complete list of servers on their site. Unfortunately, a kill switch is not
available for every native app which can push it towards the negative side of this TigerVPn Review.
For instance, it was found that a kill switch only works in the TigerVPN for Windows App, which is a
huge letdown for Mac, iPhone, and Android users of TigerVPN.
TigerVPN Kill Switch Windows only Kill switches which are a priority when it comes to privacy.
They detect when your network connection is about to go out, and they terminate your current
browsing session to keep your information secure.

TigerVPN has some awesome features, especially around privacy and security. Let’s go over
what they’re doing right before we talk about what they can improve on through this TigerVPN Review.

While TigerVPN might have a lower number of servers, I was pleased to find that they do have
excellent encryption options. Here’s a quick recap.
Is it Well Encrypted?
TigerVPN offers the industry standard 256-bit encryption. This is top-of-the-line
strength, and it’s as secure as encryption gets in this day and age. As of right now, no
one can crack through 256-bit encryption, even through a brute-force attack. It is
essentially military-grade encryption. So we can bluntly group up TigerVPN among the most
secure VPNs in this TigerVPN Review.

Is Torrenting Allowed?
Torrenting is allowed with TigerVPN, but it isn’t exactly encouraged by the company. I
know, kind of an odd stance. So take this with a grain of salt.

2. TigerVPN Is Easy To Use And Install

Once you’ve downloaded TigerVPN and logged into your account, the window will appear: you
might be curious to see if a VPN running in the taskbar would be more efficient or more difficult
to use than normal. Fortunately, it’s definitely more efficient in this case. To open the service,
just click the TigerVPN icon in the taskbar. Then, a list of servers will appear. Once you’re
connected to the server of your choice, the platform will notify you. Just turn the switch off
to disconnect to a server, and that’s all there is to it. So, navigation isn’t that tricky
here…Overall, I’d give it a 9/10 for usability. This is a top-of-the-line interface.

TigerVPN offers an array of customer support options, including live chat and a ticketing
system. Just click the “Can We Help?” icon on their website to contact them. The Help Center
will then appear, where you can search for help or use a live chat, ticketing, knowledge base, or
system status tool. You’re guaranteed to find the answer you’re looking for.
Their live chat feature will pleasantly surprise you. You’ll surely receive emails within seconds of
submitting a ticket. It makes me feel like TigerVPN really values you as a customer.

TigerVPN’s pricing is also easy to understand and navigate through. The yearly plan is only
$6.67 per month, too, and you can access as many as five devices at the same time. Plus, the
yearly package comes with additional security features, such as Sticky Password Premium and
Shimo VPN Manager.

Following The Great Netflix Ban of 2016, TigerVPN assured customers that their servers still
worked with Netflix. They even updated a spreadsheet to help customers know which ones still
worked. So, let’s see how accurate it still is. For example, we joined a Tokyo server and saw a
few foreign titles initially. A good sign! But when I tried to play it, Netflix knew I was using a
VPN. Unfortunately, that’s been happening more and more often lately.
TigerVPN Error VPN blocking
We also tried the following servers and were blocked on each of them: in Chicago of United
States, Canada, United Kingdom and Netherlands. But fortunately, we were able to get one
U.S. server in Denver working.

TigerVPN has tons of great features. The encryption is wonderful, and customer support is
amazing. But there are a few things to watch out for, too and Tiger VPN could improve on:

TigerVPN claims to keep no logs of your online activity. Almost every VPN service I’ve seen likes
to make the same claim. However, unfortunately, that’s almost always not true.
Right in TigerVPN’s privacy policy, they state that they might store your personal information
(such as your email address and payment information) on a third-party server. It reads: “For
example, we may store your personal information on a third party server or we may use a third
party analytics tool to understand how our Service is being used by customers.” The company
also claims that they may collect the dates on which you connect to their service, your choice of
server location, and the total amount of data transferred each day. They also claim to use “third
party cookies, pixels and website analytics tools to track sales promotions or advertisements
and to understand which pages on the Site receive visitors.”
Now, this doesn’t mean that TigerVPN’s security features are bad, necessarily. But beware that
they do collect logs in the background. So you need to be able to trust them with your
information.

Like every VPN out there, TigerVPN claims to be lightning fast. However, you can’t just listen to
every company’s marketing-speak. That’s why I always put them to the test to see how fast
their servers really are. Let’s check out the results of the speed tests that we conducted before writing
this TigerVPN review. Tests were run on TigerVPN’s US, Netherlands, and Hong Kong servers :
US Server
Ping: 147 ms
Download: 14.53 Mbps
Upload: 4.76 Mbps
TigerVPN Speed Results US Server
Netherlands Server
Ping: 37 ms
Download: 33.60 Mbps
Upload: 28.42 Mbps
Hong Kong Server
Ping: 340 ms
Download: 12.29 Mbps
Upload: 2.85 Mbps
These speeds definitely aren’t the fastest around. Some, like the US server, is faster than
many other VPNs on the market. But overall, you will see inconsistent speeds from one server
to the next. So the performance is kind of a mixed bag, to be honest.

The answer to this can be both yes and as well as no. If you’re looking for a VPN that’s simple
to use and well encrypted, TigerVPN is a great option. Plus, 2% of the profits from the company
go to help animals in need. So you can feel good about giving them your money. Torrenting is
allowed with this service as well. What to like about TigerVPN is that it’s super simple to
install across any device and use. You will love that it runs in the taskbar instead of a separate
window, too, because you can access the service within any browser.
You will definitely appreciate the customer support quality of TigerVPN, too that I have mentioned
earlier in this TigerVPN Review. You’ve got more than one option when it comes to finding an answer
to your question. Pricing of the service isn’t complicated, either, and it’s not too expensive considering
the features you gain access to. Netflix streaming was successful on one U.S. server,so TigerVPN for
Netflix works on some servers. What is bad about  TigerVPN is the logging policy was a bit more sketchy
with TigerVPN. Speeds are decent but inconsistent. So you might not get the same experience each time
you use the service. And it would also be nice if the company added a few more servers and countries. If
you want an easy to use, secure VPN that gives back to a cause, TigerVPN is a solid option.
Overall, TigerVPN gets a 62/100 score.

Also Check Our VPN Section Where You will find  Lot’s Of Other Best VPN.