What is Reboot & How does it fixes most computer issues?

If you are using a computer then surely you are familiar with rebooting, Reboot is a one step solution for many computer issues. Here is a blog about What is Reboot and How it fixes all the problems :

What is a Reboot ?

Let’s know first What is Reboot ? To restart a computer. In DOS, you can reboot by pressing the Alt, Control and Delete keys simultaneously. This is called a warm boot. You can also perform a cold boot by turning the computer off and then on again. On a PC running Microsoft Windows you reboot by selecting the “Shut Down” option from the Start menu.

In a computer, the only program physically built into the computer hardware is a tiny one, called the “bootloader”. When the computer starts up, this program gets control and loads, or “boots” another, much larger, the program which serves as the “operating system” for the computer. We know these systems by such names as Unix, Mac OS, Android and Windows 10. It organizes the allocation of resources, fetches things and puts them away – and controls what the programs can and can’t do.

There are two types of reboots – a Cold One and a Warm one.

Cold Boots – You do a “cold” reboot by actually turning the computer off and on again.

After you have learned What is Reboot you should read about how it is essential for your system, – When the computer has too many tasks to run – or a set of physical events occur in a sequence that the software writers weren’t expecting – then tasks can get “stuck” in memory. Computer scientists talk about a “deadly embrace” that occurs when task A is waiting for task B to do something, and task B is waiting for task A to do something, causing them both to get stuck.
In addition, as tasks run, they fetch and use resources such as computer memory and, over time, the arrangement of these resources will become fragmented and harder to manage. A reboot may also be a temporary fix for problems caused by hardware that is becoming unreliable, particularly if things start to go wrong when components get hot. Modern operating systems optimized for spotting and removing stuck processes, but sometimes a computer can reach a state where the best thing to do is start again from scratch. A reboot removes every task and then restarts with a clean slate.

Some Problem rebooting can fix – 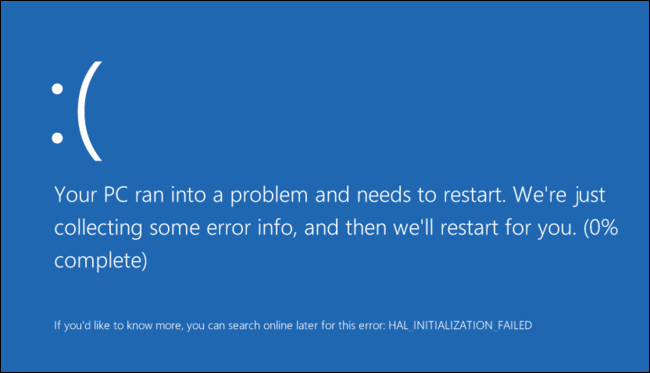 If Windows is running very slow then it is possible that a faulty program is using 99% CPU and draining the computer’s resources. No need to head to the task manager and look around, hoping to locate the misbehaving process and end it. If an average user encountered this same problem, they could simply reboot their computer to fix it rather than dig through their running processes.

2. Firefox or Another Program is Using Too Much Memory:

Firefox has many cases for memory leaks on average PCs. Over time, Firefox would often consume more and more memory, getting larger and larger and slowing down. Closing Firefox will cause it to relinquish all of its memory. When it starts again, it will start from a clean state without any leaked memory. This doesn’t just apply to Firefox, but applies to any software with memory leaks.

If you have a problem with your Wi-Fi or Internet connection, the software on your router or modem may have encountered a problem. Resetting the router — just by unplugging it from its power socket and then plugging it back in — is a common solution for connection problems.

Hope this blog helped to know What is Reboot , If you are facing any problem rebooting your computer or if your computer is rebooting continuously in a loop then I’m afraid reading this blog will not help you much. For any kind of assistance related to your computer, our technical experts are here to help. Call us at 9088888835 (India), +1 8885468879 (International) or avail our free live chat facility to directly talk with our engineers.

How To Disable Lock Screen On Windows 10