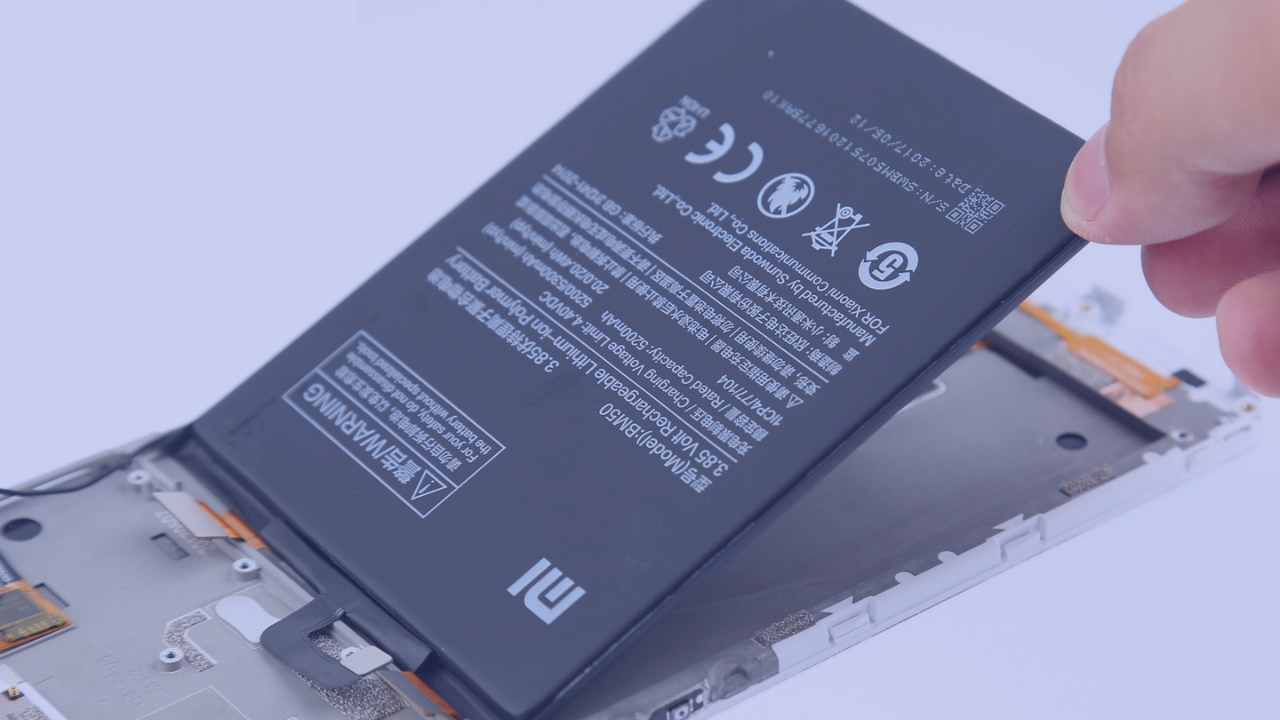 Xiaomi Phone Battery Replacement In India is one of the most common Xiaomi phone issue repair done by most people in all cities in India. In this article, we will discuss this common cell phone issue in Xiaomi phones in brief. But first, you should know a little bit about Xiaomi, the world’s fourth-largest smartphone manufacturer. Being, one of the best budget smartphone to use in India, Xiaomi is also the leader in the smartphone market in India. By the end of 2017, with a share of 27% in the smartphone market in India, Xiaomi Mi smartphones surpassed Samsung (which was at 23%) to become India’s top-selling smartphone brand. When Xiaomi released the Redmi 6A in India, the Chinese mobile phone giants sold a whopping 5 million Redmi 6A units thus making it the most popular smartphone in India. With a massive share in both the online and offline Indian market, there is a lot of Xiaomi Phone Repair In India situations arising that both the Xiaomi phone service center In India and other third-party phone service centers have to deal with. As discussed earlier, let’s begin with this common need of most people in India, i.e., Xiaomi Phone Battery Replacement In India.

This is another common issue which people face with their Xiaomi phones. The Xiaomi battery problem doesn’t arise very quickly as Xiaomi being a very massive brand provides Lithium-ion Batteries to all of its Xiaomi phones. Although, the Xiaomi battery lifespan is not one of the biggest problems of a Xiaomi phone. It still is one of the most common issues your Xiaomi phone can have. It’s not removable, similarly like an iPhone’s battery, and will eventually run out of juice and then will be needed to be replaced. Hence, it is recommended that you get your Xiaomi phone’s battery inspected once you feel that your phone is discharging quickly. Our expert team of certified Xiaomi phone repair engineers does that. We will replace the battery of any model of the Xiaomi which you will bring to our notice with the original one from the manufacturers that Xiaomi gets their batteries from. At Techyuga, we have a team of certified Xiaomi phone repair experts and engineers who will surely fix the battery replacement issue in your Xiaomi phone. 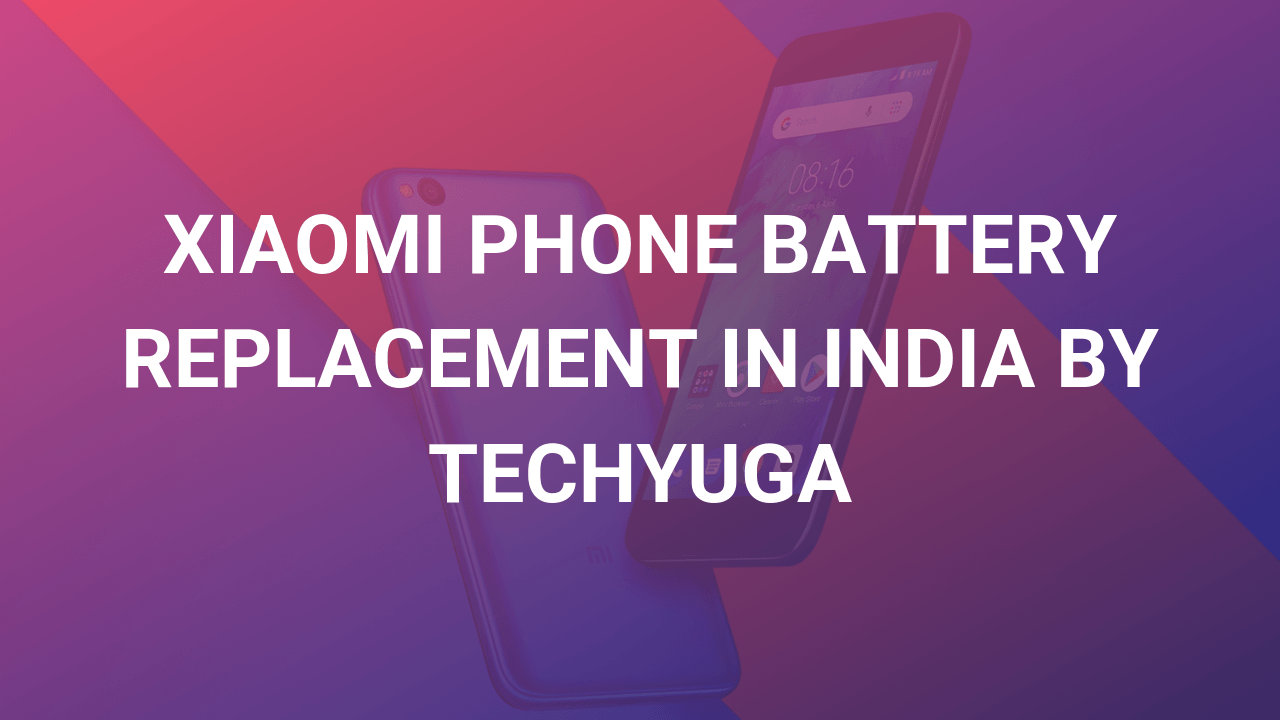 Near you, you may find a number of local mobile repair shops and stores who might offer the battery replacement of your Xiaomi phone at very cheap rates. However, getting your phones fixed from these local phone repair shops and vendors might not be the best idea. These people might claim that they will replace the battery of your Xiaomi phones, but they might not do so in a proper way. Xiaomi phone batteries should only be replaced by the original ones or the OEM ones which are made available to only Xiaomi and a few mobile repair service centers in the world by their manufacturers. These local mobile repair vendors might claim that they will replace your battery with the original ones, but the question would be how would they? these batteries aren’t made available to them and this is a clear fact.

Make sure you don’t get fooled by the local vendors as the Xiaomi phone battery replacement by them, in this case, can lead to your devices getting even more damaged in a few weeks or a few months time after the repair. Wrong batteries can lead to the circuit damage of your phone which might lead to your phone being completely dead. Recent studies have revealed that if people who get their phones repaired from non-certified experts then almost 82% of the times they have to get their devices fixed again inside 1-3 months for the same issue. Not only this, if you hand over your devices to these local vendors then you risk handing over the privacy of your phones to them. This is a major point of concern that you have to keep in mind before handing over your phones to anyone. This concern of yours can be handled well over if you choose us, as we are 100% safe and secure company who cater to our customers need and nothing else.

You may not want to try to do the Xiaomi phone battery replacement job by yourself as it is a very critical process and involves a lot of steps that need to be followed before your Xiaomi phone becomes completely safe and harmless. Just like most other people you should also get your Xiaomi Phone Battery Replacement In India repair job from us as we are easily affordable because of our low-cost repair service.  You can reach us if you have any problem or issue with your Xiaomi phone. Be it any Xiaomi phone model, or may you live in any part of India, if you choose Techyuga, we will surely repair your device. Speaking of numbers, we cover more than 26000 postal codes across India. And through our services, we make sure that we are the best Xiaomi phone service center in India.

At Techyuga, we do things that most other brands don’t. We always try to satisfy our customers and keep their needs as our number one priority to deal with. We have been hearing closely as to what our customers have been asking from us lately. We aren’t just hearing but working on the needs of our customers so that we can make them happy. Recently we have analyzed that most of our clients who want to get the batteries changed of Redmi phones or get the Redmi battery replacement done in quick time. There have been a number of complaints in the Mi service centers and many third-party Xiaomi service center about the Redmi batteries costing a hell lot and draining out very fast. People have also been complaining about their Xiaomi batteries not being too big and the mAh battery capacity being too less and not worthy of the costly price. Keeping this major concern of the customers, our internal team has worked very hard to solve this issue by bringing down the Xiaomi phone battery replacement cost or Redmi battery replacement cost.